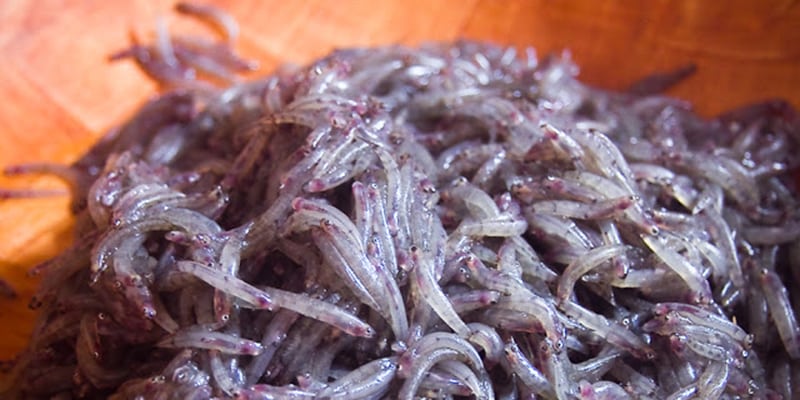 Particularly appreciated fried or donuts, « ina’a » are some Gobiidae fished periodically at the mouths of rivers and consumed by the population of Tahiti, Moorea and some islands of the Tuamotu. Its name differs across regions, “bichiques” for La Réunion or “poutine” for the Mediterranean.

In Polynesia, river adult gobies are called “o’opu” in Tahiti and “Kokopu” in the Tuamotu. Now the river Gobiidae are mainly present on Tahiti and Moorea. Conversely, the Tuamotu, these sea Gobiidae, a species that differs from the river of Gobiidae. 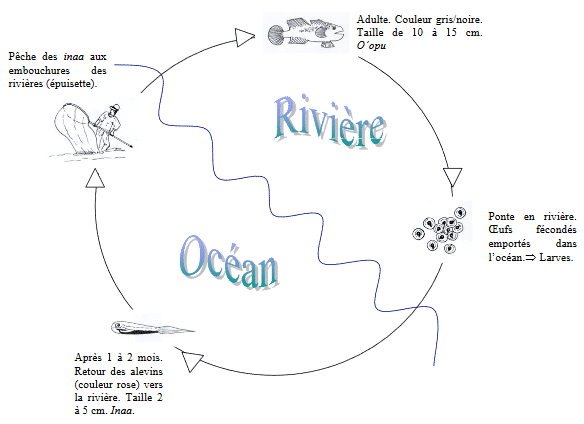 For sea gobies, the whole cycle takes place at sea.

The fishing ina’a occurs only at sea, using nets called “tava’e” or “Tavai” or nets, all made with the “net” mesh.

In general, fishing is taking place at the mouths of rivers, but sometimes the banks are caught during their progression in the lagoon or even off.

The favorable fishing period is between June and September, but sometimes there are gaps in some years.
Good fishing can generate several tons of catches in one day. The “ina’a” can be kept alive 1 to 2 days in a tank called “Papare”. Housed in the river; for some, this treatment would improve the taste of “ina’a”.

Subsequently, fishermen go round districts to sell by auction them or at the edge of roads, we also find them to the municipal markets. Prepared omelet or donuts are enjoyed with rice, salad or kind. However, all production is consumed locally, there is no export. 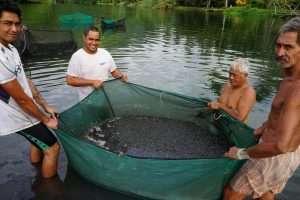