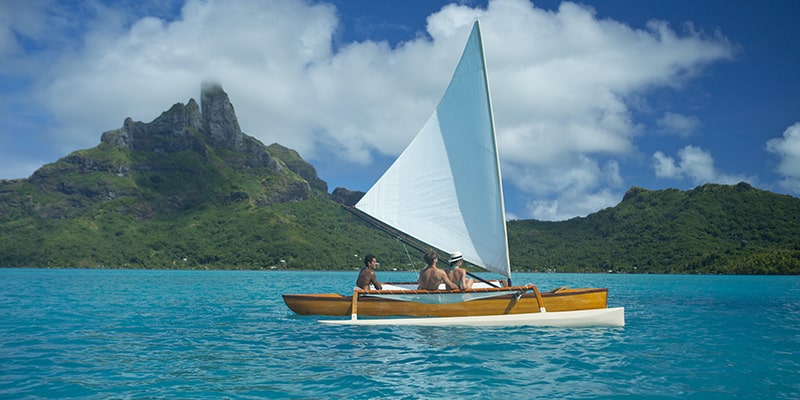 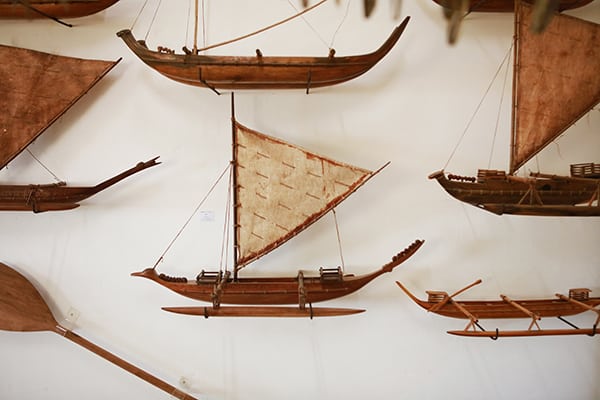 Nowadays popularized by the Moana Disney movie, the Polynesian outrigger canoe is known in French Polynesia under its maohi name : “va’a”. Cunningly intended for long travels, it is made of a beam connected to the hull thanks to two wooden arms, which contribute to provide steadiness. Everything is tied up with resistant and flexible rubber. In order to move forward, the oarsman is equipped with a slightly curved wooden paddle. Outstanding navigators, Polynesian people conceived their outrigger canoes in order to cover their basic needs, being able to fish at any time but first and foremost to seek after new islands to settle in. When European people arrived in the 1760s, the huge outrigger canoes, which used to operate a lot, became scarce. The Maohi chose to only keep the smallest canoes to go fishing and race during competitions.

In former times, the va’a used to be essential to Polynesian people; it was an easiest way to fish and a great means of transport, especially when it was time to go to war. It used to be fundamental in everyday life. So as to get their bearings among the vast ocean, men used to navigate the ancestral way, following the stars and paying attention to both wind and swell. This technique remains quite popular nowadays.

In olden days, as metals did not exist yet, the Polynesian outrigger canoe was essentially made out of vegetal components. For instance, ropes were made out of coir as it was well-known for being water-resistant. They used stones, shells, wooden tools and even fish bones during the making process. Trees were carefully chosen in order to make the hull. Wood was expected to be big, thick, flexible, to resist humidity, to be sunproof, shockproof and to stand the test of time. Pandanus leaves were used to create the sail. Eventually, as Maohi people happen to be believers, the workmanship came under the sacred and great priests organised ceremonies, invoking gods in order to bless the va’a.

Polynesian people used to sail the seas and each travel could take weeks, even months. Each member of the crew was attributed a defined role, a mission to support the tribe. For instance, it quickly became necessary to maintain the water-resistance of the ship, therefore some men were in charge of bailing out, since coir tend to wear out as time goes by. When the sea was still, the group would paddle sitting on floats in order to steer their course while women would take care of maintaining weavings and strengthen ties. Before setting sail, they would load seedlings and reproductive animals such as pigs or breeder hens so as to introduce it to their brand new islands. They always made sure of stocking up on food, bringing fresh and dried foodstuffs like coconuts, sweet potatoes, taro, bananas, breadfruits and others. A group of fishermen was supposed to see to it that they would never run out of food and had to cook on the very canoe, the fireplace being in a sandbox.

Throughout the years, the outrigger canoe kept its authenticity and charm, it remains a traditional and sacred craft. It crossed the oceans and became quite popular in Australia, the United States, South Africa and Europe. Its manufacturing is now submitted to a strict regulation regarding the use of materials. It is intended to protect it and keep its traditional aspect. Now if we mainly use small models, one can still admire a few migratory canoes, such as the famous Hokule’a, which connects Hawaii to Tahiti. 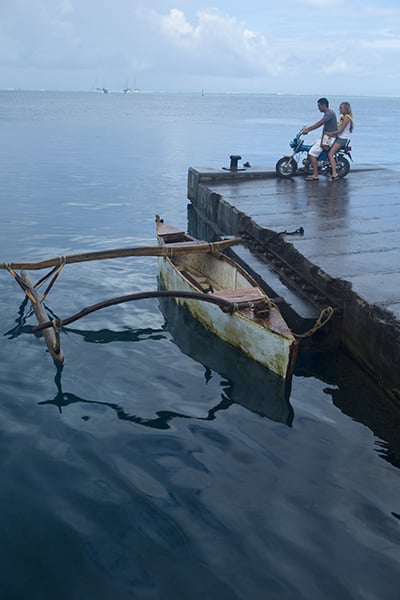 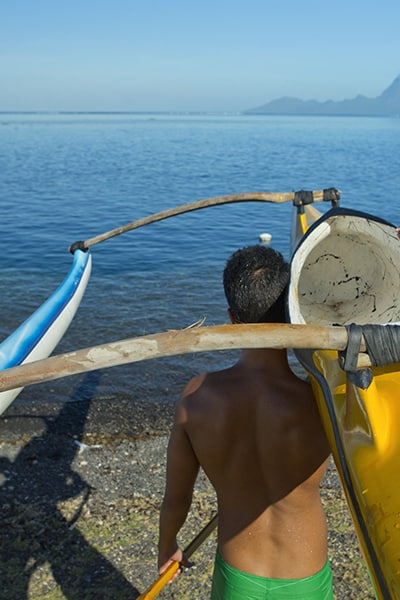 Even though it used to be a means of subsistance, the va’a has become a sport, a real discipline. There are two types of races: the lagoon sprint on board a “V1” (single place canoe), ranging from 500m to 1500m of distance and the blue depths of the sea marathons of 30km to 150km on board a “V6” (six paddlers). Substitutes keep up with the race on board a special ship and they jump into the water once they receive a signal. Each member of the team appears to have an essential role, whatever his place. However, the most complicated one is probably that of the helmsman, located at the rear of the va’a. He is called “peperu” in Reo Maohi and he is supposed to brake, steer the course and stay steady. Competitors never paddle more than ten times on each side, they alternate once they receive the signal from the captain. This sport is now known worldwide and several countries participate to competitions. However, it is definitely more popular among the Pacific area, especially inTahiti, New Caledonia, Hawaii, New Zealand and Australia.

The Hawaiki Nui Va’a (“the Original Big Land”), created in 1991. This race connects the islands of Huahine, Raiatea and Bora Bora among the Society Archipelago. Each year new competitors cross the world to participate, just like France, Peru, Japan or the United States.

The Molokai Hoe which takes place in Hawaii, between the islands of Oahu and Molokai. The very first edition took place in 1952.

The Tahiti Nui Va’a, which is a three step competition split into three days which occurs every two years. 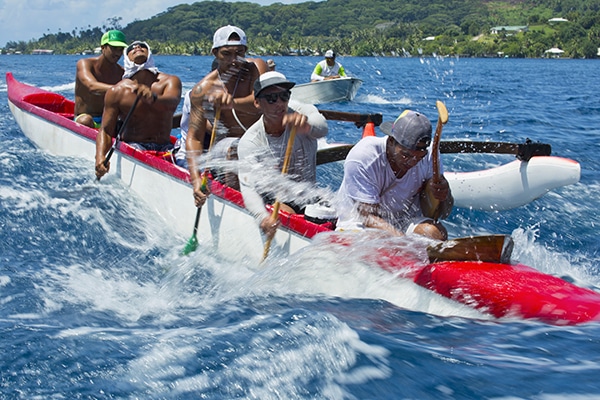