Let’s discover a majestical creature living in the Polynesian waters, the mysterious turtle.

The turtle, Honu in tahitian, is a strong symbol of French Polynesia. Turtle is quoted in lots of legends from our islands told by our ancestors. Considered as a holy animal, the turtle is venerated by Polynesians.

In French Polynesia, 5 of the 7 species that still live in our oceans are populating our waters: The “green” turtle, the “hawksbill” turtle, the “leatherback” turtle, the “loggerhead” turtle and the “Olive Ridley” turtle.

Nowadays, the turtle is an endangered and protected specie in the whole world. In French Polynesia, the government has decided to prohibit any action that can affect turtles negatively (poaching, turtle captivity, egg-laying sites destruction…). Then, egg-laying sites known by the government were all classified “Territorial Reserve” as a result of the decrease of the number of females that go there for laying their eggs.

Since 1971, every marine turtle species present or passing through French Polynesia’s waters are protected.

Green and Hawksbill turtles are the most common species in Polynesian waters and can easily be observed on our diving sites, in particular in the atolls Tikehau and Rangiroa but also in Moorea, Bora Bora, Tahiti… 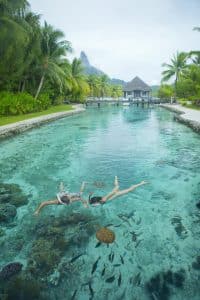 Right now, there are 2 care area that gather and treat hurt, sick or illegally captivated turtles:

A number of awareness actions for the population, especially youngsters, are adopted for protecting those marvelous marine animals.

Te Mana o Te Moana association is very involved inthe protection of marine turtles and they try to involve local populations and raise awareness as much as they can . 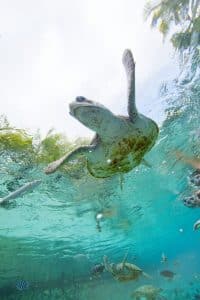 An animal hard to protect

Polynesia is as big as Europe, so it is very difficult to gather enough information about turtles in French Polynesia. That is why it is very important that the residents of the islands can cooperate et be involved in the protection of marine turtles, so they can contribute to the conservation of this sacred animal.

French Polynesia has a large range of diving places such as Moorea, Bora Bora, Rangiroa, Fakarava which are great to observe the magnificent wildlife present there. To preserve it and, we just have to protect our ocean and our land. We can assure them a long and happy life in good conditions by raising awareness of person in our entourage. It is essential to make turtle protection a habit and a priority, in French Polynesia as well as the rest of the World. 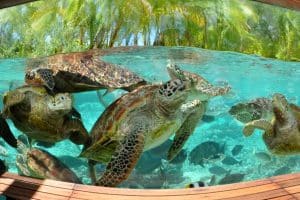 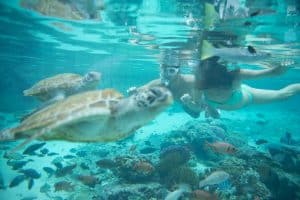