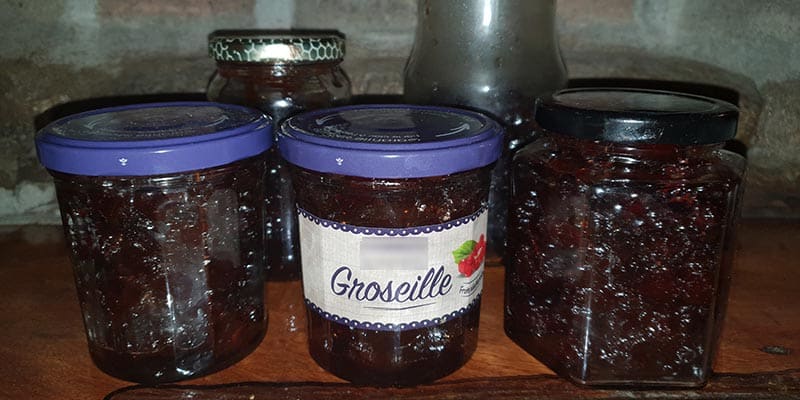 You’ve been raised with your Skippy Peanut Butter ? Here, in Tahiti, we have been growing up with our traditional « bonbon cerette », a yummy marmelade slightly acidulous !
By the roadside, at the market, on the beach or in snack restaurants, the « bonbon cerette » is just like your popcorn…

Originate from the island of Madagascar, the Tahitian gooseberry, also known as Otaheite gooseberry or phyllanthus acidus is a tree which is now widely found in tropical areas. Its fruits, the gooseberries / « surelles » / « cerettes » (delete where inapplicable…) do not look like average berries, it resembles tiny beefsteak tomatoes. 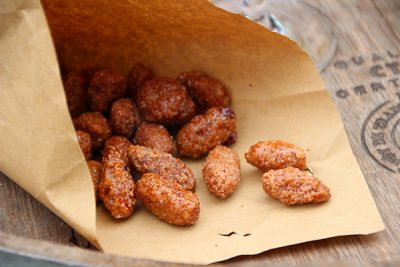 Instead of attempting to do it on my own, which seemed to be risky, I decided to ask for Mamillon‘s help, an outstanding cook, who lives on the heights of Erima, so that she could give us her secret weapon. 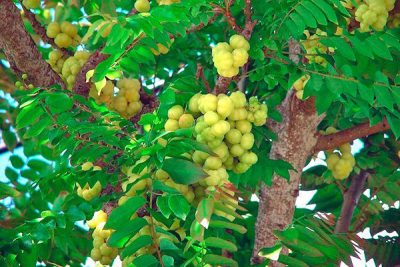 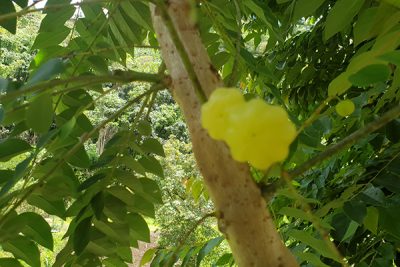 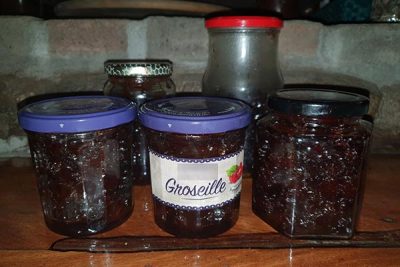 First of all, one needs to gather the fruits : the gooseberry is easily recognizable thanks to its greenish flesh which turns yellow once it becomes ripe. Of course you can eat it raw straight from the basket but do not forget to keep some for the marmelade… If you want to avoid making a face, sprinkle the fruit with salt or sugar in order to tone down the sourness.

Then comes the preparation, the first step consists in letting the gooseberries drain during at least twelve hours (yes, you have plenty of time ahead of you…). Then, after a well deserved nap, you can rinse the fruits thoroughly and drain it before putting it all in a pot. Afterwards, we add sugar (for 2lbs of gooseberries, add about the same amount of sugar) and a bit of water (around 25cl) and we let it cook for a while without forgetting to stir from time to time. Once the water starts boiling, stir the concoction and simmer it for about two hours while adding a bit of water if needed. The most important thing is to make sure that the fruits do not get caramelized too quickly.

Once it is almost ready, the berries turn reddish-brown and fill the room with an exquisite sugary flavour : it’s time to pour it in a jar, covered with its juice. Once it is hermetically sealed, one can keep it for months – not sure you will be able to wait that long… 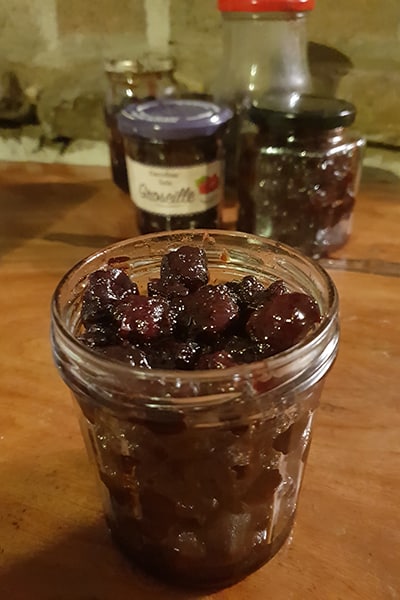 The healing properties of the « cerette »:

Beside its yummy aspect, the gooseberry turns out to have several virtues: it can indeed be consumed as a « ra’au tahiti ». In traditional medicine, it is known to purify blood, fight digestive disorders or stimulate appetite. As a decoction, it can help healing nettle rash or get the temperature down once it is infused. Furthermore, an ointment can be made out of its roots, which can soothe itchy skin.

As a marmelade, a condiment or a chutney, the « cerette » is a must in French Polynesia, feel free to try it at home, it will give you a taste of paradise. And do not forget, it is always better when you do it on your own !