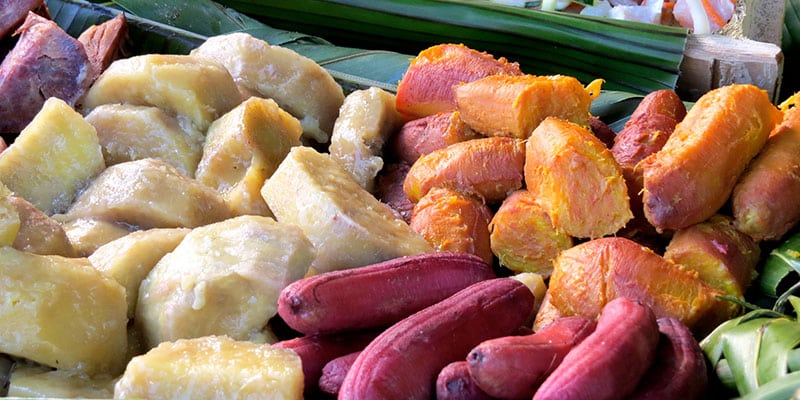 The Rahui: Myth of Abundance or Cult of Fertility?

The Myth of the Polynesian Eden:

If the islands of Tahiti are still seen as Paradise on Earth and rightly so, it is essentially thanks to the travelers’ tales. A lush nature, a favorable tropical climate for growing crops, a great sunshine exposure and the rest is history… It is this apparently natural abundance that stroke the first European navigators. In the 18th century, Tahiti, magnified by the words of an enthralled foreign perspective, becomes the transcript of a new-found Eden. It embodies this hospitable land with a luxuriant vegetation, this highly coveted oasis after months at sea. All in all, this ideal was sublimated by the collective imagination and reinforced by its insularity.

If this prolific nature is nicely depicted, the subjective look of the navigators obviously did not take into account the underlying social stakes. It sustained the myth of man in the state of nature and fostered the fantasy of constant opulence. 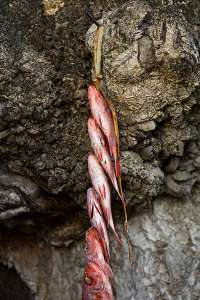 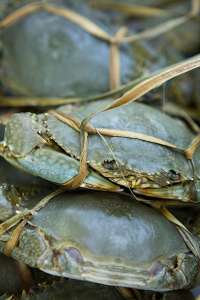 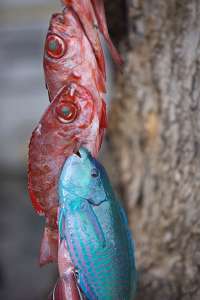 An abundance governed by the reign of nature:

If you take a closer look, it appears that this apparent affluence is submitted to seasonality, as shown with the ‘uru cycle described by Teuira Henry. The prodigality spreads over five months while the Maohi people used to preserve the fermented fruits in pits during the seven following months. It enabled them to survive to food shortages.

Both unforeseen turn of events and climatic variations contradict this idealized conception of perpetual profusion. Hurricanes, tsunamis and wars induced the necessity of developing new preserving methods. Thus, reality is way more complicated than it seems, the generosity of Mother Nature depends on an organized restriction society.

An abundance controlled by social constraints:

Fay away from the “noble savage” myth, the Polynesian society quickly found itself organized along hierarchical lines.
The Maohi people understood that, in order to alleviate the lack of food resulting from environmental and climatic conditions, they had to control the distribution of foodstuffs. This collective sharing is organized according to the rahui, a form of permanent or occasional prohibition. The latter can last a few weeks, a couple of months or up to several years.

If it is first and foremost intended to preserve resources and make sure to perpetuate lineages, the stake of the rahui is essentially political. It is defined by specific entities and requires the implication of the tupuna (ancestors), tahu’a (priests, experts) and specialists regarding hunting, fishing, genealogy and traditional medicine (tauta’i, hiro’a tumu and ra’au).

Unlike the tapu, which is defined by gods, the rahui is imposed by men. The ari’i (clan’s chiefs) forbade people to use a defined resource over a certain period of time so as to preserve it and help it thrive. This provisional deprivation of pork, fish, tubers or fruits empowered chieftaincies and enabled them to enjoy a much greater bargaining power nearby navigators as they could exchange their stocks with brand new merchandises.

The rahui can also be permanent. In the elder days, cultural practices responded to a form of social determinism.

The restriction depends on the sex. Food is controlled by very strict rules. The farming, harvest, preparation and consumption destined to men and women shall be separated. Both sexes were not allowed to eat together, their food had to be provided by two distinct outrigger canoes and cooked over two different fires. Women were also not allowed to eat tuna, whale or turtle and they had their own breadfruit tree.

The restriction also depends on the hierarchy. Whoever did not belong to the tiny circle of the ari’i was forbidden to eat some types of food. Thus, the ‘uru, tarua, taro and plants were the basis of people’s diet. Besides, the irregularity of the daily intakes contributed to the development of a form of mutual aid and solidarity which is still to be found nowadays. 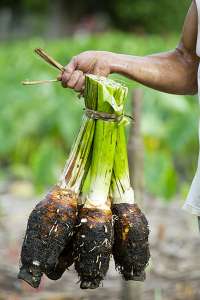 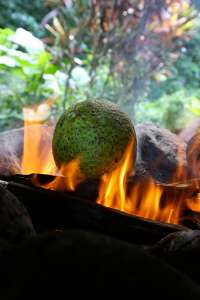 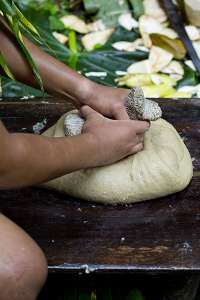 Every year, around November 20th, the Pleiades come back in the Polynesian sky. Matari’I i ni’a symbolizes the beginning of the rainy season, the abundance.

In the eyes of Polynesian people, the ‘arioi, a then significant fraternity, embodied this abundance. Great ceremonies were organized for them where they were offered resources in order to guarantee fruitfulness. The idea was to give and hope to receive in return.

The Maohi people worshiped abundance, as the ha’apori testifies. Perceived as an initiation to enter the very first circle of the ‘arioi for some, as a rite of passage for others, it marked the end of an era and the transition from childhood to adulthood.
During the period of affluence, when people picked up breadfruits, the candidates to the ha’apori were locked in huts, apart from the rest of the population. The metua pori were then charged to copiously feed them with a mixture made of popo’i. During two months, they stayed in obscurity and made sure not to get exposed to sun beams in order to reach the perfect beauty ideal. Just like when sumotori strive to gain weight, they weren’t allowed to practice any kind of physical activity. Afterwards, the initiated were presented to the ari’i so that he could contemplate both roundness and whiteness of their body.

Reserved for privileged classes solely, this practice was intrinsically related to fertility. First of all because roundness and whiteness responded to beauty standards intended to ensure procreation. Then, because abundance was not to be materialized through the quantity of food one owns but was to be reflected by the appearance of these pori.
Therefore, the ha’apori embodied the vitality and prosperity of the Polynesian society, it testified of the control of the vegetative cycle and guaranteed the comeback of abundance every year.

Body image is inevitably connected to seasonality. In everyone’s mind, at that time, eating well meant eating a lot. During the great expeditions aboard outrigger canoes where navigators lacked provisions and, later, during scarcities of food, survival depended on fat reserves. This is essentially why fleshy bodies were greatly valued, it represented the overall abundance. 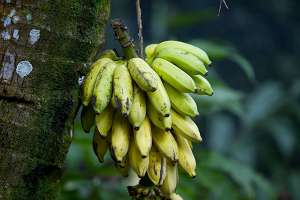 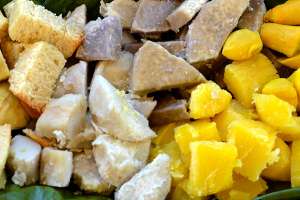 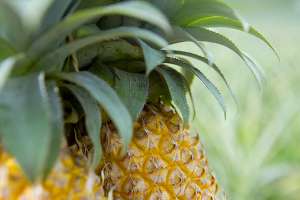 All in all, the picture depicted by Occidentals did not take into account some considerable aspects of the Polynesian society. Although the islands of Tahiti turned out to be quite welcoming, the apparent abundance was in fact socially limited and controlled by the rahui.

Even though it disappeared when the first missionaries arrived, this practice encountered a brand new success in Rapa, Maio or even Teahupoo in the early 2000’s and now responds to an ecological necessity.