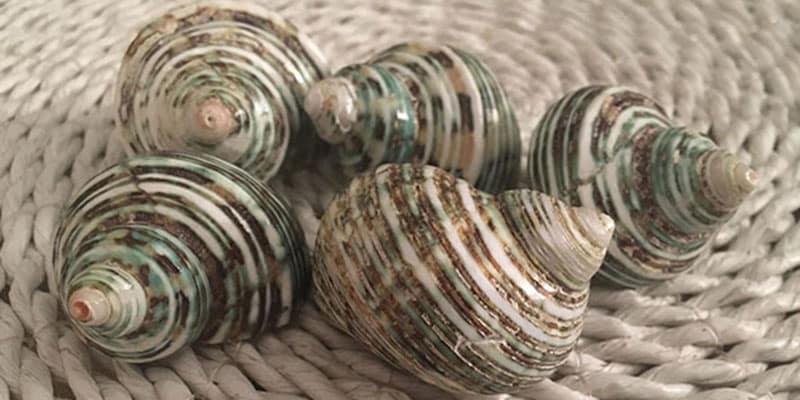 The Maoa, tiny shell of the reef

The turbo marmoratus, also called gastropod shell or green turbo, is a small shell of the turbinidae family, which can be found on Polynesian reefs.

Protected from the external world thanks to its operculum, the one we are used to call « maoa » in tahitian, curls up in its shell. Just so you know, the turbo reaches its sexual maturity at the age of 3 to 4 years old and the diameter of its shell grows by 2 to 3 cm each year.

Well-know among local inhabitants for its fleshy aspect, one can easily collect it along the « hoa », on the reef, just between the lagoon and the deep blue.

Thus, if you are willing to catch it, all you need is a little patience, a great pair of flip flops, a knife and a few lemons (as it is no secret that it is always better to eat it on the spot).

Take advantage of the location and wash your hands or even go for a dip in the saltwater ponds, located in the reef. 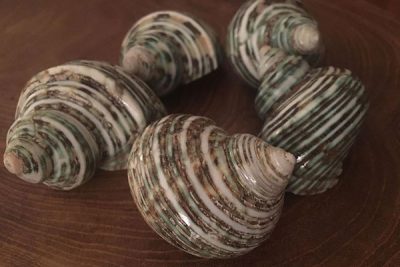 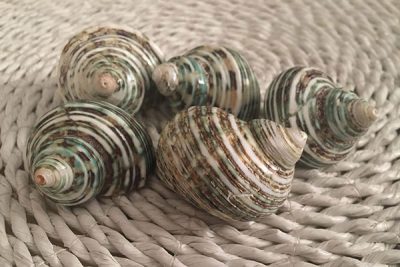 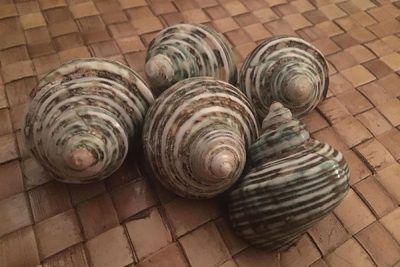 The arrival of the green turbo in Polynesia : Becoming the maoa…

Despite its reputation among local inhabitants and its name, the maoa is everything but tahitian. Introduced in 1967 from the Vanuatu, it quic

kly got accustomed to the Polynesian waters after recovering from its rough journey.

Firstly transferred to Tautira, it was moved to Papara in 1976 to ensure better reproduction and it is only in 1980 that itw as sent to the islands for the very first time.

Verzy prized for its shell, the maoa is subject to an illegal trade, which mainly explains why its picking is now regulated. Even though one is allowed to collect its flesh, its shell, however, must be thrown back to the ocean.

The use of the maoa in craftsmanship:

If so many people are looking for its shell, it is essentially because its fine calcareous layer recovers a great treasure : mother-of-pearl, which is particularly valued by craftsmen. The latter polish the shell so as to magnify it and highlight its potential. The magnificient glow of the nacre is then used to embellish handmade jewellry and ornate traditional costumes.

Of economy and children’s game:

If nowadays it is mostly valued for its flesh, this little shell was given other attributes. The small white operculum which protects it from the external world used to be the local currency among Polynesian secluded islands.
Afterwards, kids rushed to the beach so as to collect it on the sand or even on the reef and used to play with it, as if it were marbles. 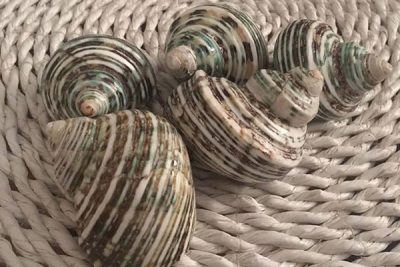