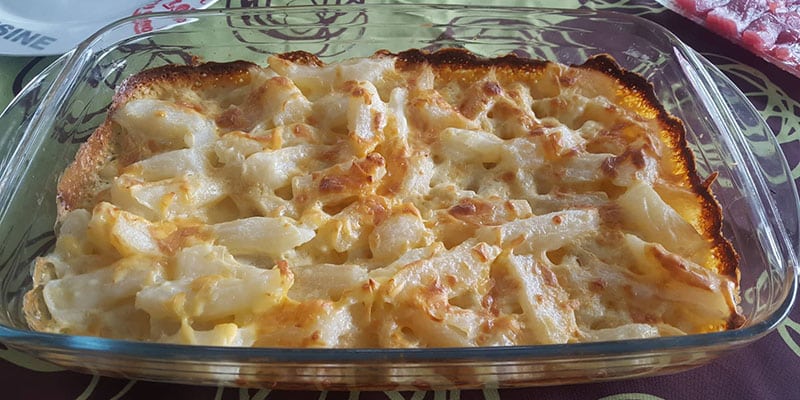 Generally called « chayote », « chuchu » or « christophine », the cho-cho is an edible plant belonging to the gourd family (i.e. cucurbitaceae), native from Mexico.

Etymologically, it comes from the Spanish term « chayote », dericative of the Nahuatl word « chayohtli ». It was then named « christophine » after Christopher Colombus, who was the first to introduce it to Europe, along with other crops and botanical samples.

Prefering exotic climates and warm temperatures, it is no wonder that it nowadays proliferates in French Polynesia, as it meets all required conditions.

Thus, if both stem and tuberculous root are particularly appreciated in West Indies and Reunion Island, Polynesians mainly use its fruit.

With its 10 cm in length, the cho-cho looks like a pear, except that it turns out to be quite thorny ! Indeed, it happens to be rough, as it is covered with thousands of tiny prickles. Catch it if you can…

All in all, it feels and tastes like a mix of potatoes and zucchinis but it is highly recommended to season it with salt and pepper to reveal its flavors.

Though it can be consumed raw, grated, as a soup or a fritter, I personnally chose to make a cho-cho gratin.

First step : collecting the fruits in the patch. Friendly advise : equip yourself with a pair of gloves and under no circumstances should you ever take it off…

Christophine cannot be handled quite easily, some even say it can be irritating at times…

Rince the fruits thoroughly in order to take off all the dirt. May the battle begin : forget about the peeling knife and take a sharp one so as to remove all the little prickles and the thin layer covering the fruit. Cut slivers lengthwise, pour it all in a gratin dish, prepare a béchamel sauce, sprinkle with Swiss cheese, do not forget to season it all and put it in the oven for 25 min.

The cho-cho gratin is the icing on the cake, it has become a staple of Sunday lunch. 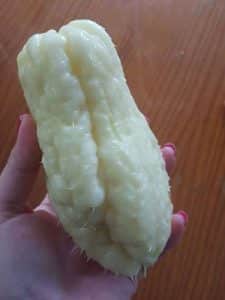 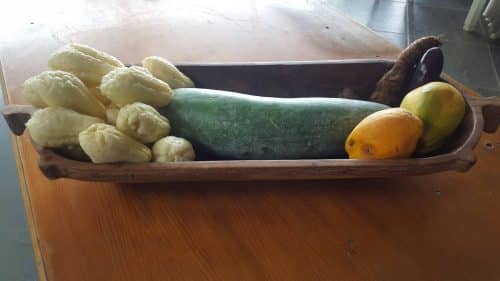 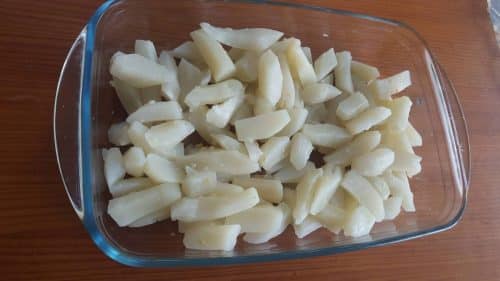