Polynesia is a rich destination, thanks to both its landscapes and its history. It is a very vibrant culture in which the tattoo is much more than an ornament. The polynesian tattoo is an ancient practice that continues today and is becoming more and more popular in the Pacific and beyond.

Origins rooted in a distant past

The history of tattooing is quite complex to trace. It is hard to locate it in time and or to know its exact origins because these are diverse. But one thing is certain, the origin of the word tattoo is polynesian. Before the arrival of missionaries, in the Tahitian society of the time, all individuals were tattooed at puberty. The “tatau” (tattoo in tahitian) was used to express personality, sexual maturity, genealogy and the rank in society. It was a kind of an ID card.

Shortly after their arrival, the missionaries decided to ban the art of tattooing which they considered barbaric. Indeed at the time, the tools were more than rudimentary: shark teeth, bones or turtles scales were attached to a simple wooden handle. This practice disappeared for almost 150 years and reappeared in the 1980s. 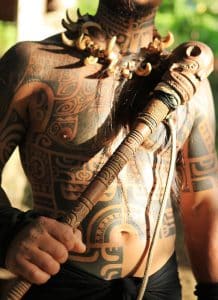 Between modernity and tradition

The art of polynesian tattoo has survived the ages brilliantly, thanks to its esthetic qualities and its symbolism. Since then, the polynesian tattoo techniques hav changed significantly and tattoo artists use the same material as in Europe. There are now renowned tattoo parlors, some of these even well-known abroad.

The techniques are modernized and perfected, while preserving the ancestral expertise. Indeed, the Polynesian tattoo is above all a story, a tradition full of meaning. The importance of the tattoo in Polynesia remains undeniable and the symbols are timeless … These symbols, mostly figurative represent values, characters, animals, plants and have many other strong meanings. Thus, because the Polynesian tattoo represents the identity of a person, it cannot be copied and each piece is unique. That’s why the vast majority of Polynesian tattoo artists will refuse to reproduce a tattoo. 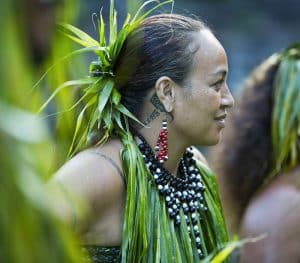 The local tattoo is a real immersion into the polynesian culture. It is the result of a unique craft. Nowadays, festivals are organized regularly to celebrate the Polynesian tattoo, with each work more beautiful than the other. Its notoriety has gained momentum and today a large majority of the Polynesian population is tattooed. Not to mention the foreign travelers and enthusiasts who are really passionate about it. Some people even make the trip just to get tattooed and live this unforgettable experience here.

The polynesian tattoo, considered by many connoisseurs as one of the most beautiful, is recognizable among all. Real adornment, it enhances the body and makes the pride of the one who wears it. If you visit French Polynesia, treat yourself with an indelible souvenir of this fascinating adventure. You won’t regret it! 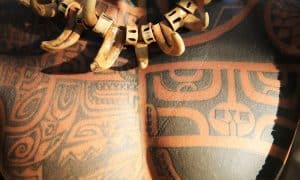