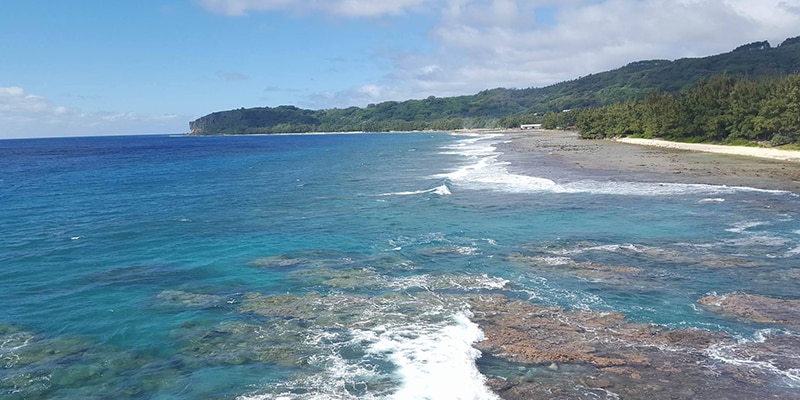 I have tested for you… an immersion experience in Rurutu

Last August, I was invited to a traditional wedding in Rurutu, first time ever. Rurutu, you had me at “Ia ora na”. One week was enough to make me fall in love with the island : with the diversity of its landscapes, the richness of its biodiversity, the finesse of its craftsmanship, the hospitality and benevolance of its inhabitants…

I got used to the “cold” of the Austral archipelago so quick that I decided to go back there on a whim, two months later.

The Island Tour: Discovering the diversity of landcapes:

Rurutu happens to be an isolated paradise of 32 km2, located almost 1h30 away from Tahiti, and let me tell you that,
if you are willing to discover all the secrets it keeps, you’d better hire a guide. Small size, huge richness ! For my part, it was Reti who was in charge of making me discover the island.
Native from Rurutu, he knows every nook and cranny of it and, if he is eager to share his knowledge,
he seeks to protect its historical heritage, first and foremost.

With this state of mind, we started our journey… The island teems with secret spots and tiny treasures, artfully spread everywhere, which can easily be mixed up with the background, as though the island was inteding to hide the jewels it owns. 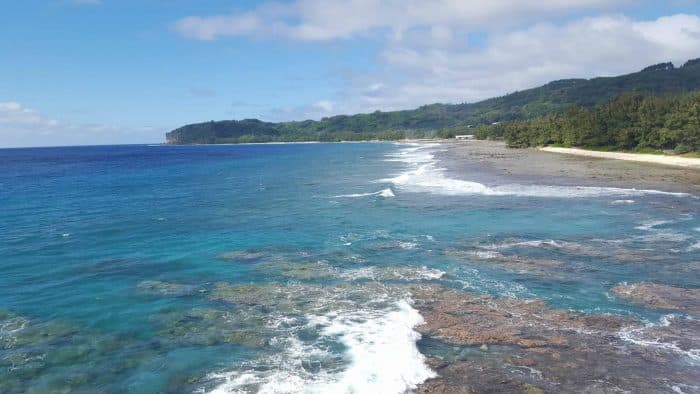 Thus, steep cliffs stand alongside white sandy beaches; shall you be keen on mountain hiking or a sunbath fan, Rurutu will undoubtedly seduce you.

However, if there is one place that shall embody the whole spirit of Rurutu it is the taro plantation. In communion with nature, it pefectly matches the landscape and depicts an ingenious irrigation network, as each patch is supplied with water thanks to the furrows digged on the land. Besides, it testifies of a generous and convivial way of life since, even though each family nowadays owns a patch whiwh is transmitted frome one generation to another, it used to be customary to share the whole collect among the village. 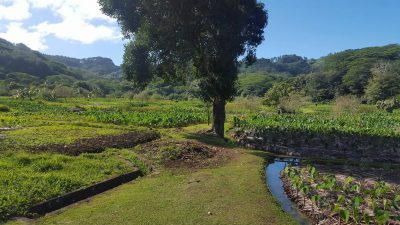 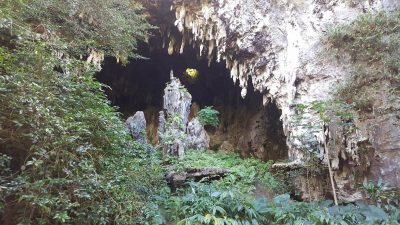 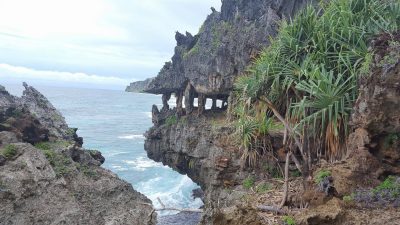 The famous caves of Rurutu appear to be a must-see. If several of them are now really well-known in French Polynesia,
many remain unknown, hidden from strangers, in order to protect it from external deterioration.

Nevertheless, some genuine beauties remain accessible, like the Aeo cave, which was then named the “Mitterand Cave” after the name of French former president, when he came by.
One can also mention the Taupe’e cave, also called the “dragon’s den” due to the shape created by both stalactites and stalagmites.

New day, new excursion : it was unconceavable to leave without getting to watch the whales’ show. The later gather every year, from July to october, in the pass of Rurutu in order to rest from their long journey and reproduce in the warm waters of the Austral archipelago.

But sometimes, you may do more than just admire these majestic cetaceans. If it is crucial to respect security distance during nautical excursions like these so as not to disturb animals in their natural habitat, the latter may surprise you. And this is exactly what happened that day…
While we undertook to observe the whales’ dance a little closer as we jumped in the water, these ladies slightly came closer and closer as if they were endeavouring to enable us to watch their marine ballet better. As they can hold their breath for tens of minutes, they gently startes to move from top to bottom, on the back, on the side. Not quite easy to move backwards when you do not have the cetacean’s top speed under water.
After having enjoyed the show to the fullest, we were heading back to the boat when the youngest mammal of them all started to tease us. After playing hide-and-seek in the depth, he suddenly decided to come and meet us. Just picture yourself facing a 15m long calf… Impressive, that’s it. As we were not that brave, we briefly played with it and head back to the boat; For sure, this (small) calf let us a lasting memory. 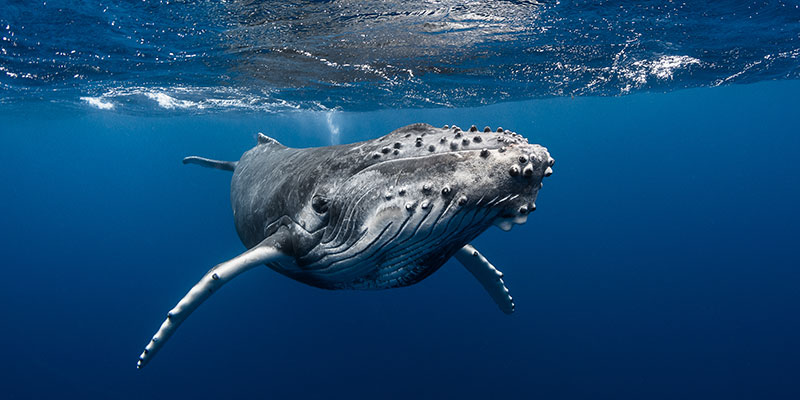 The sophistication of the local craftmanship:

Even though I already had several pictures in mind, I could not leave with buying a few souvenirs.
Rurutu’s inhabitants happen to enjoy a great dexterity, namely when it comes to wickerwork and the braiding of pandanus leaves.
This is why I quickly stopped by the village of Avera for a last-minute shopping. With my 2 hats and 3 baskets,
I am all set to take the plane… already thinking about my next trip. 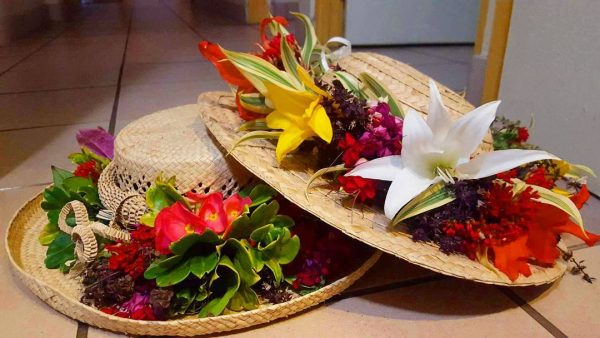