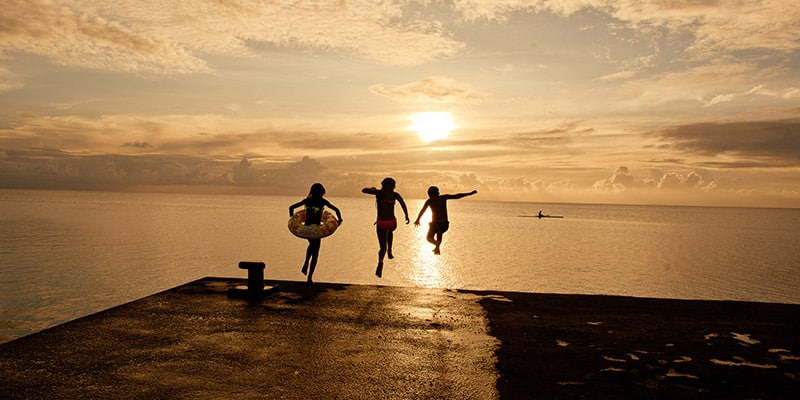 Fa’a’amu: Of land, roots and family

If Polynesian society has become more and more westernized over the last centuries, it remains deeply rooted in tradition. Industrialization ands market economy necessarily induced the development of individualism. However, family, here understood as collectivity, proved to be very resislient.
Thus, in spite of appearances, some specificities survived, just like the fa’a’amu, the customary adoption, widely spread in Oceania.
Long before the arrival of Europeans, Polynesian people created a system similar to ours, which consisted in entrusting the care of a child to a relative. Nevertheless, it turns out to be way less formal and definitive here because of the significative distinctions between the European family nucleus and the Polynesian model. 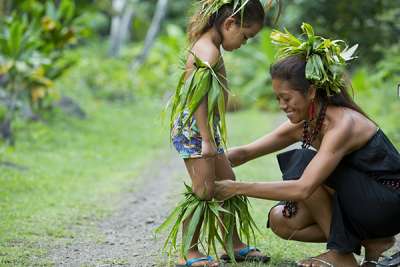 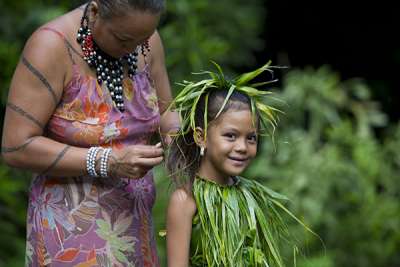 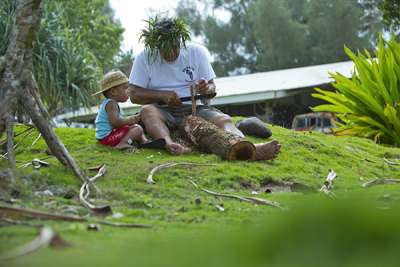 The Mā’ohi family structure is related to the principle of ‘utuāfare, the valorization of extended family and an inextricable link to the land.

Unlike the western nuclear family model, the local one relies on two essential notions which are the attachment to homeland and the importance given to the various members of the clan.
As mentionned in our previous article regarding the burial of the placenta, the native land plays a fundamental role in the identity development of each and everyone. It is what gathers the members of a same lineage, according to tradition, the members of an ‘āti (clan) are expected to live on the same land. Therefore, when one speaks of feti’i in the islands of Tahiti, it is always refers to the extended family.
The ‘utuāfare is made of individuals related by heredity, marriage or adoption. It is divided into three poles of equal importance:

Wherever you go, whatever the island, you will forcibly hear children bursting into laughter as they play in the yard under the look full of emotion of a grandmother. Children here enjoy considerable freedom and participate to the construction and organization of the whole family. Even before they are born, one can easily testify of the weight and influence of this large family structure. For instance, the choice of the firstname is often up to the grandparents, uncles or aunts.
The name (i’oa) is a means to maintain and renew the close links within a same ‘utuāfare. The unborn child is given a firstname (i’oa na’ina’i). When he grows up, his family gives him a nickname (i’oa topa / i’oa ha’uti). Eventually, when he gets married, his relatives define a specific name to his union (i’oa fa’atara), as though they were constantly validating his identity building. 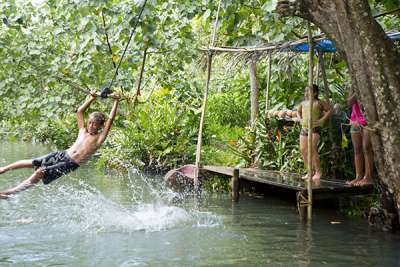 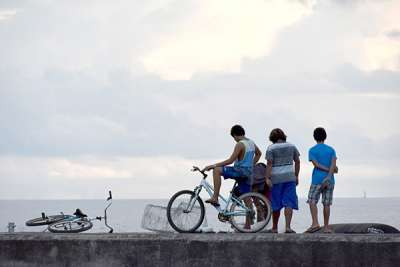 Now that we know more about the family intricacies and the importance given to solidarity, it is easier to understand the origins of the fa’a’amu.
Etymologically, the term means « giving food », it is mainly about raising and taking care of the child of a relative.
In ancient times, the exchange of children was a real catalyst. Just like marriage in occidental countries, it enabled to unite families, consolidate alliances between chieftaincies and maintain peace. Besides, in case of a defeat, the winners used to adopt the children of the opposite clan.

Thus, if this practice has been existing for over five centuries, the arrival of the Europeans contributed to its expansion. The navigators brought, in spite of themselves, a lot of diseases which contributed to decimate a huge part of the population. This sudden decline of the demography as well as the new evangelization drastically changed the Polynesian society. The Mā’ohi progressively ended the infanticides practised so far and intensified the fa’a’amu. Originally, the idea was to continue the family lineage, ton ensure genealogical continuity when there was no biological descendant. The main objective was to maintain the transmission of both name and land.

If colonization and social upheaval significatively contributed to its evolution, the fa’a’amu is still not officially recognized by French legislation. The main difference with full adoption is the close connection children maintain with their biological parents.
if, at first, the fa’a’amu adoption was used to organize social life and belonged to the public sphere, the motivations are now increasingly more private and respond to individual needs. It no longer has to do with bulding alliances or finding an heir, it is mostly about mutual assistance, consolidating friendly bounds and establishing a sort of balance within the family.

The biological parents living in a precarious situation often choose, for instance, to entrust their family with the care of their newborns so that they live in better conditions and pursue their studies later. The child can also be given to a couple who encounters some fertility issues and yearns to have a child. Within the family, the grandparents sometimes choose to adopt their mo’otua (grandchildren) when their own child is too young to take care of them, because they simply want to pamper them or require some assistance for everyday household chores.

Whatever the motivation, the adoption implies that both adoptive and biological parents get along and that the latter can keep in touch with the child.

In the islands, welcoming a child is like opening your arms, you shall never hold him back. The child can come and go as he sees fit within the feti’i (family), he is totally free just like his biological can choose to retract and take care of him at any moment. This is obviously this notion of extreme solidarity and the absence of permanent character which are often misunderstood by Western people, as it reveals major social and cultural differences.