Rangiroa in Paumotu, or Ra’iroa in Reo Tahiti, is the biggest atoll of French Polynesia. It was discovered around 1616 by Willem Schouten and Jacob Le Maire, both European navigators, who first called it « Vlieghen Island ».

Main atoll of the archipelago, Rangiroa is also the second biggest atoll of the world after that of the Marshalls. Made of about 240 islets, the atoll is surrounded by a 300 meter wide and more than 200 kilometer long reef. 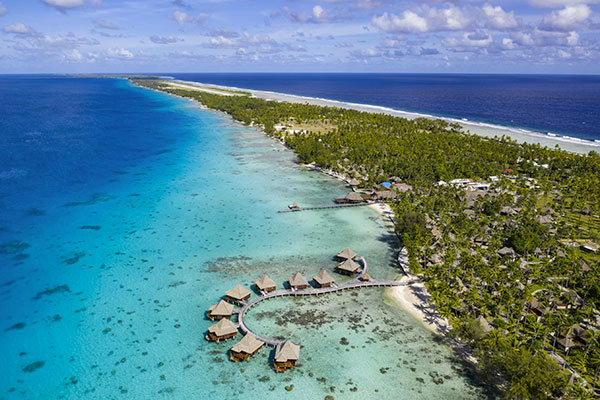 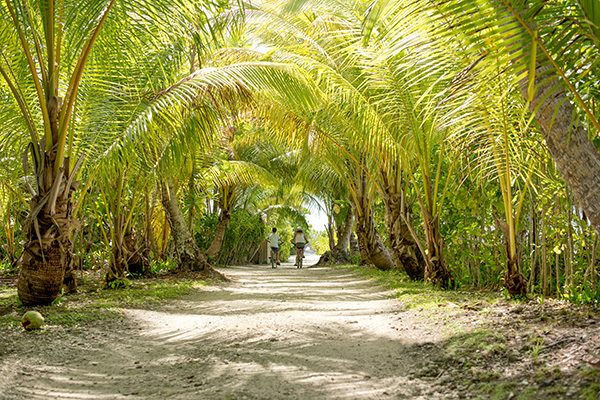 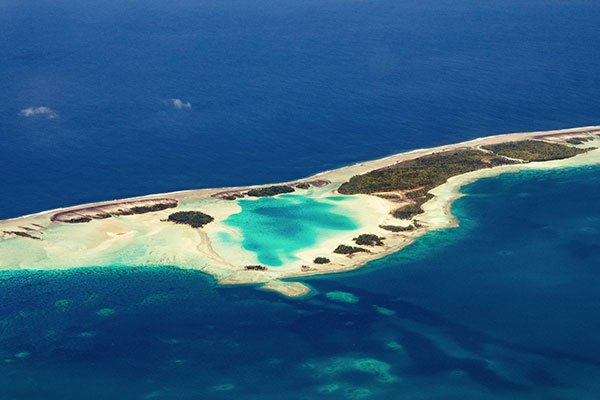 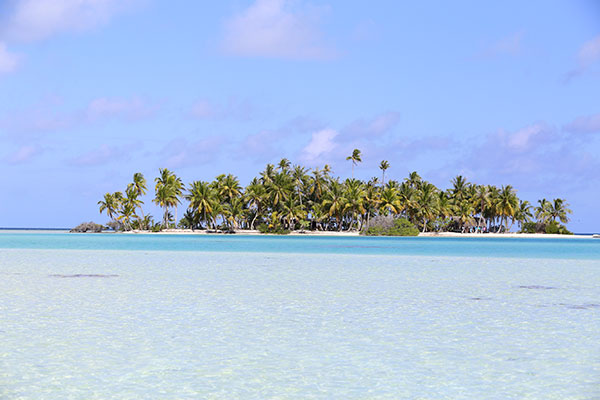 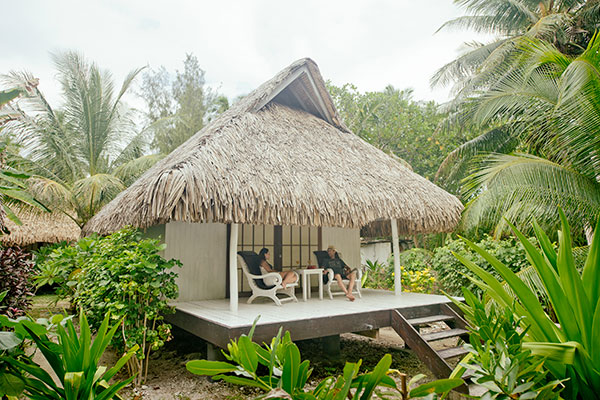 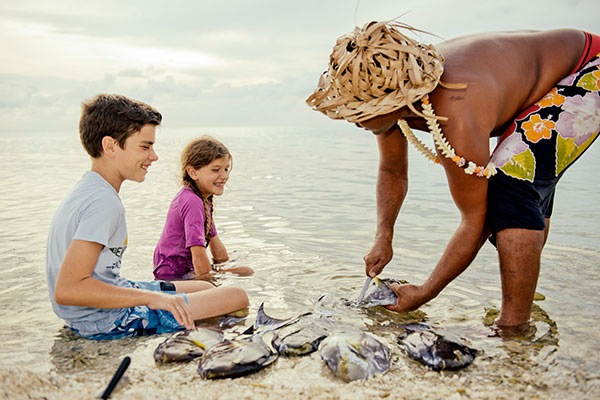 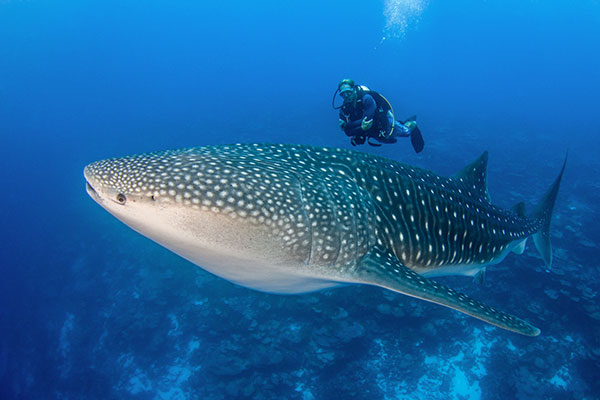 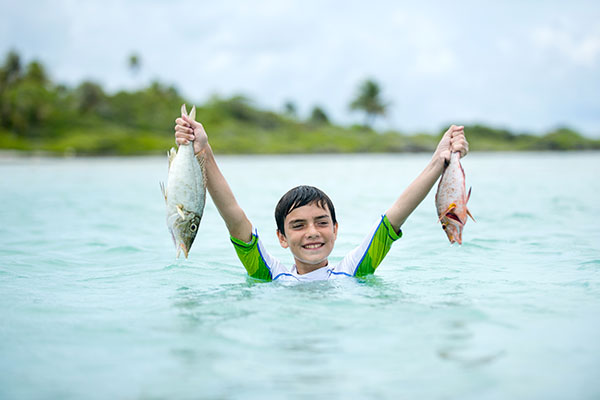 Its first inhabitants were the hermit crabs… Then comes the story of Oio.
According to the legend, he settled in Vahituri, on the East coast, where the great marae of Ra’ipu is located. It was made by his son Tutehoua. The latter had three children : two boys and a girl, and this is how the island was said to be peopled.

Rangiroa was made of a few villages: Tereia, Fenuaora, Otepipi, Tevaro, Avatoru and Tiputa in which several marae were to be found, this is were Polynesian people used to celebrate their social and religious ceremonies.

Afterwards, a cataclysm led to the death of almost all its inhabitants. By the 15th century, the whole population started a war against Kaukura and Anaa. In order to protect themselves from the attacks, the population gathered in the villages of Tivaru, Avatoru and Tiputa.

Thanks to this event, Rangiroa connected with Tahiti, Makatea and Mehetia and this is how the number of its inhabitants considerably increased.

Our packages in Rangiroa 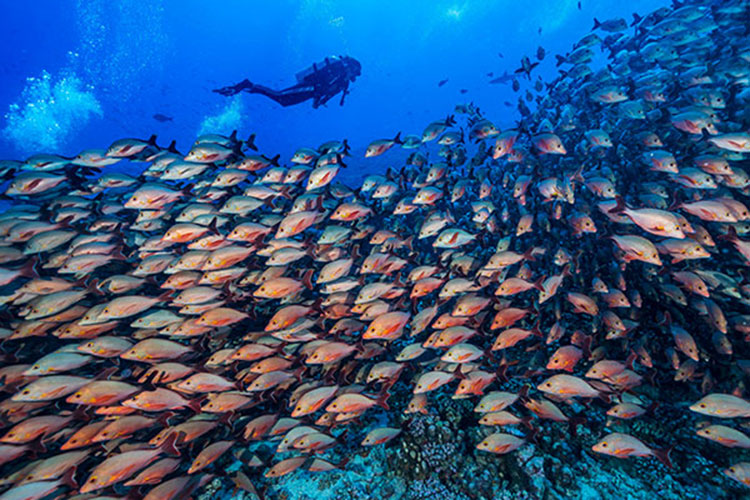 Some of the most popular diving sites of Polynesia, breathtaking underwater experiences and astonishing resorts where to relax every step of the way. 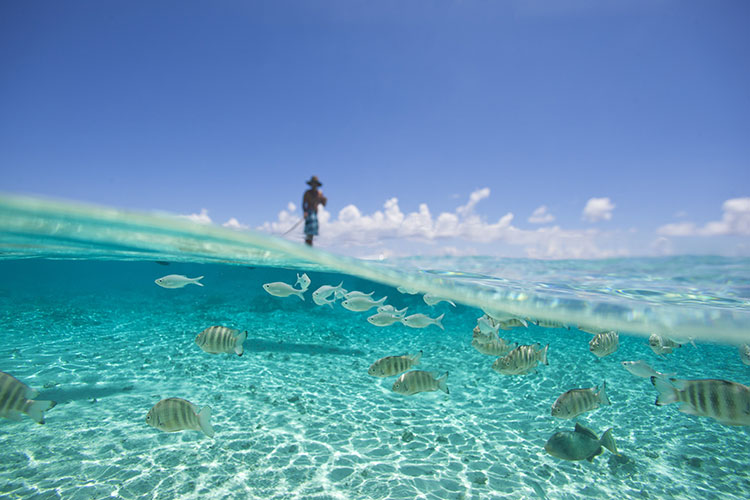 Let yourself be swept away by the magical Tuamotu Islands and the generosity of its inhabitants. Click here if you like to fish and get a tan! 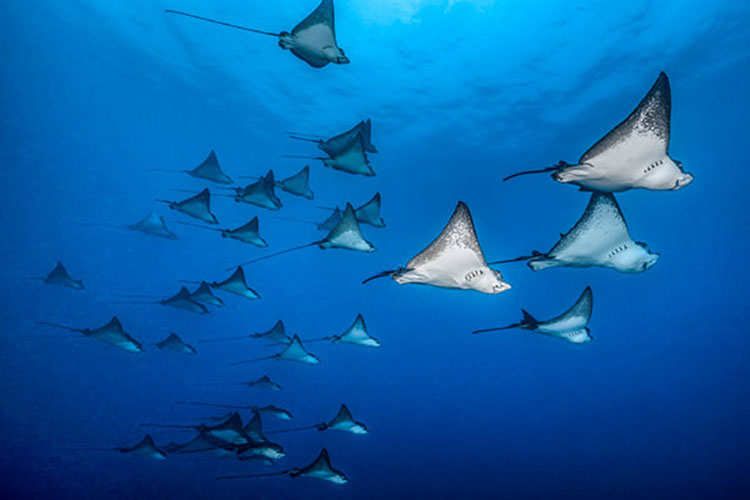 Five islands, an incredible number of underwater species and the same sense of hospitality. Put your scuba tank and dive into the famous Tiputa pass!

Located about an hour away from the Tiputa port, this motu is prized for its gorgeous natural pools. Take a look at these white and black-tip sharks swimming by the surrounding volcanic rocks…

As beautiful, the bird island shelters a few interesting species. Located in the middle of the lagoon, this place turns out to be a natural aquarium, a not-to-be-missed moment for fauna and flora enthusiasts.

Have you ever wondered how to collect a black pearl? This visit will answer all of your questions and give you the opportunity to buy a stunning souvenir.

Seeing is believing. In love with oenology, Dominique Auroy set for himself the challenge of reinventing vines in the tropics, of emphasizing the aroma with hard work and instilling passion in his bottles. A real concentrate of impetuosity spiced up with a hint of “provocation” as he likes to say. Nowadays, the property stretches over 15 acres. Sheltered from the blazing sun, under the coconut trees,the grapevines thrive 330 ft away from the lagoon, from where you can hear the sound of the waves. Protected from the sea spray thanks to the papaya trees and tiare Tahiti surrounding them, the vines grow in the middle of coral crumbs, on a soil fertilized by coconut tree residues. There, 13 670 mi away from France, in what seems to be a hostile environment for viticulture, a miracle happens.
Give the Blanc de Corail a chance and take a sip of wine at sunset…

Diving within the Pass of Tiputa

This site is one of the most spectacular ones of Polynesia. Hundreds of underwater species wander there, much to our pleasure. Most tourists come to Polynesia yearning for beaches and lagoons. They do not necessarily plan to dive but it would be a shame not to do so here, in Rangiroa. One encounter all sorts of shark species : tiger sharks, hammerhead sharks, reef sharks and even white sharks… Sting/leopard/manta rays peacefully swim beside you. You are also likely to find schools of barracudas, napoleons or surgeonfish and if you are lucky, perhaps will you even get to see a turtle.

Sail away among a luxurious catamaran and discover Rangiroa from another perspective. Go on an adventure along the pink sand beaches and explore famous snorkeling spots.

Paddle and jump into the blue of the lagoon, avoid the coral heads, take a look around and admire this breathtaking landscape from crystal-clear waters. At dawn or during sunset, this is a perfect moment to share with your lover.

Yes, Rangiroa is indeed famous for its aquatic activities but a new company now offers ATV tours ! Let’s go for a ride, it Is about time do visit the village of Tiputa…

Excursions and activities in Rangiroa 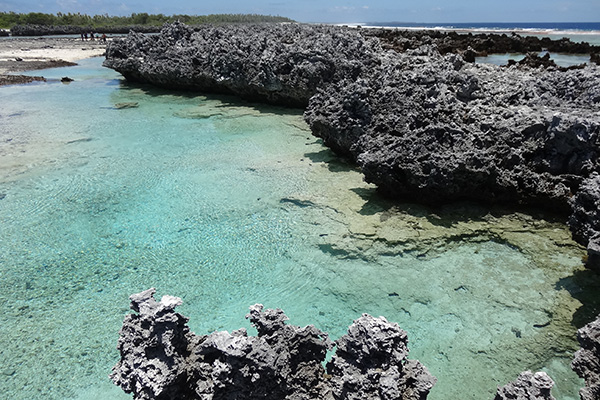 Dive into the heart of one of Rangiroa’s best adventures! On the program: volcanic reefs, fishes, dolphins, snorkeling sessions in the famous crystalline lagoon of the island … and to top it all,  a great atmosphere throughout the day and a succulent lunch with tropical flavors! 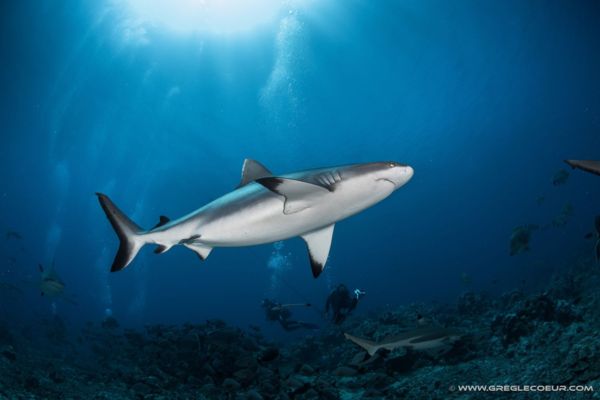 Discover the wonderful scuba diving sites of French Polynesia and dive into the depths of Rangiroa. The atoll’s breathtaking marine life awaits you. 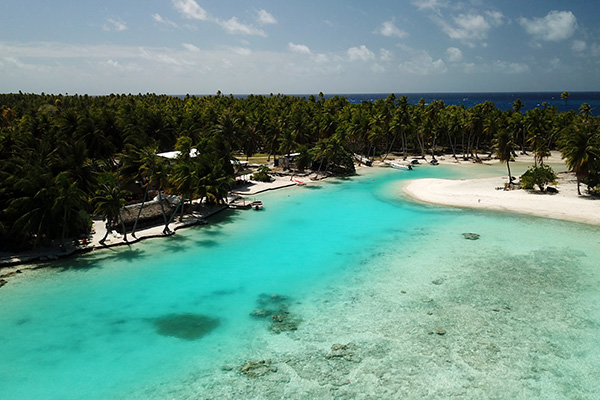 Enjoy a small natural emerald cove located just a few minutes by boat from the Avatoru village to swim and sunbathe. Get to snorkel in the stunning lagoon or simply relax on the beautiful white sand beach. To complete this sunny day, many activities and a typical lunch... 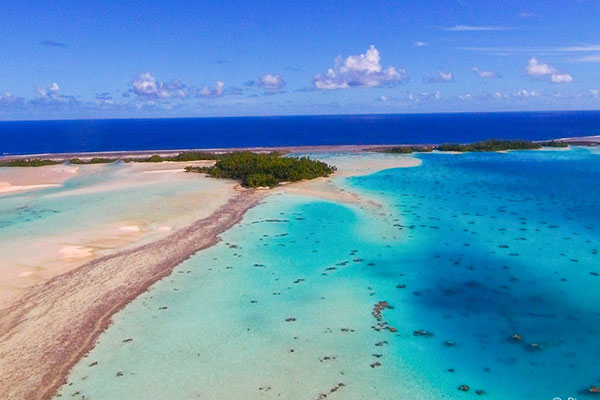 That is the best and the most accurate way to describe the Blue Lagoon. Both white and pink sand and turquoise water will  make you feel in paradise. 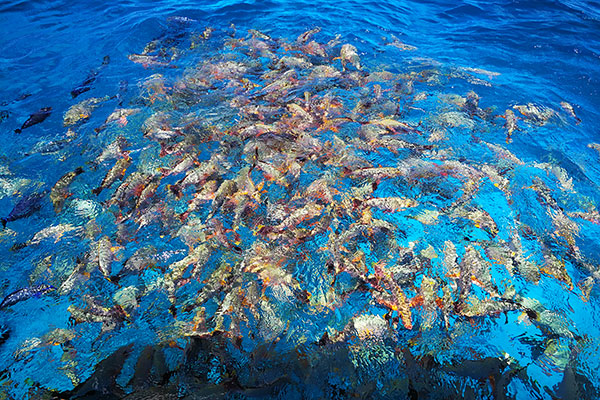 Enjoy the best snorkeling spot on the islet! Your guide will safely guide you through the crystal clear waters of Rangiroa to discover sharks, rays, moray eels, fish and corals.

The atoll provides a wide selection of accommodation: from the tiny guesthouse to the luxurious hotel, wherever you go will have an outstanding view over the lagoon. If you want to live the Robinson life, you shall definitely sleep on a motu and reconnect with nature for a few days… 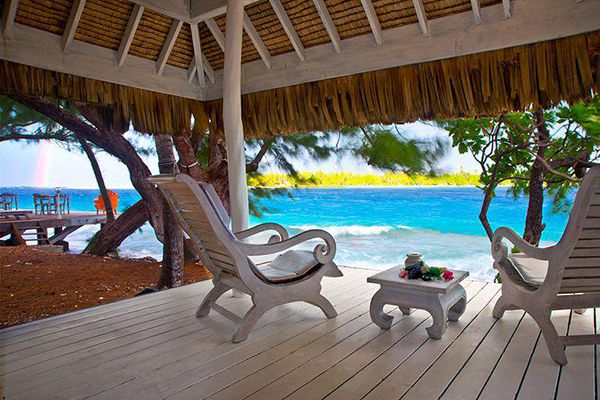 At the edge of the Tiputa pass, facing the ballet of dolphins, refined bungalows and a warm atmosphere await you. 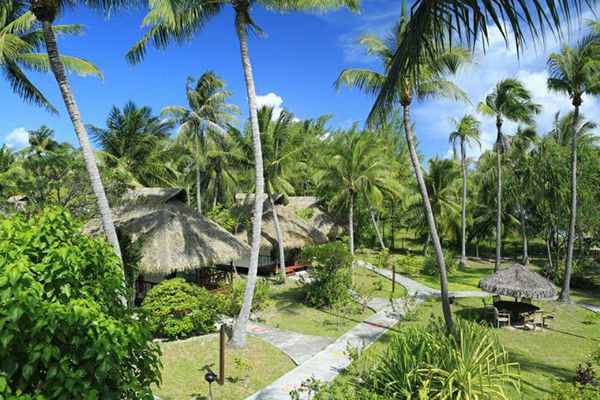 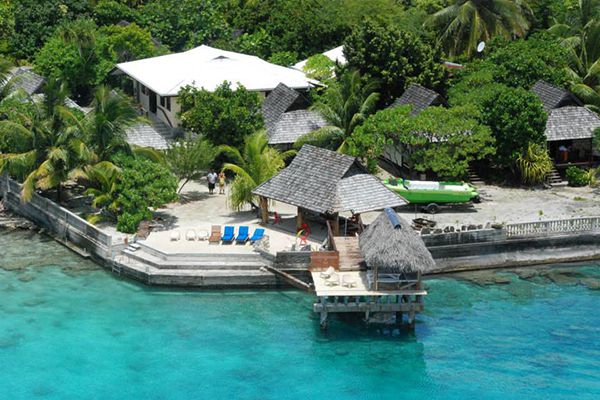 Located along a splendid lagoon, this small and lively guest house will make you enjoy the Polynesian way of life.

Believe it or not but here, in Rangiroa, you can eat whatever you want: fish or red meat !

Chez Lili:
An atypical location, by the wharf, and yummy fresh fish!

Te Mao Rangiroa:
In the middle of a quiet garden, Patrick and Sophie, who both used to live in Paris, will welcome you with a big smile. Dozens of cocktails and Belgium beers, several meal options, sounds like a deal…

Raira Lagon:
In the heart of a guesthouse, in the village of Avatoru, this tiny restaurant is perfect if you want to have a good time. A relaxing place, grilled meat and raw fish with coconut milk, your taste buds will thank you later…

If you want to go round the island, you should definitely rent a car. However, you can also ride a bike or decide to go for a walk. And if you want to make it quick, choose the boat !

First of all, you have to take a plane to Tahiti. As you can imagine, that the airstrips of the atolls cannot accommodate Airbus or any other plane this big… Then, you just have to book a flight from Tahiti to Fakarava via the local airline Air Tahiti. 1h in direct flight, the exact time you need to doze off on the plane…

The Tuamotu islands enjoys almost perpetual sunshine. This is the special characteristic of an atoll, its surface being flat, clouds have no mountainous terrain to cling to. Therefore, it is more likely to rain from November to April, we are much more lucky in this archipelago than anywhere else.