The Tiki, symbol of Polynesia!

A Tiki is a sculpture endowed with an important spiritual and symbolic force, originating from the Marquesas Islands and usually representing a modified man. The Tiki is a real emblem of French Polynesia and holds a significant position in the local culture.

Origins of the Tiki

The first stone sculpture representing a Tiki dates back to the 13th century. Originating from the Marquesas Islands, Tikis are also present in most islands of the polynesian triangle. The most famous are probably the “Moai”, the monumental statues of Easter Island.

Half-man, half-god, the Tiki symbolizes a mythical character who created human beings. Polynesians used to worship and fear it. Rather stocky, its arms are usually resting on its stomach its his head is often out of proportion compared to the rest of the body. Its face is so expressive that the large eyes give the impression that its is looking at you while observing what is happening around. The mouth is usually open and lets you it’s shouting. There is in a way a certain similarity between the Tikis and the poses of the Polynesian war dances. 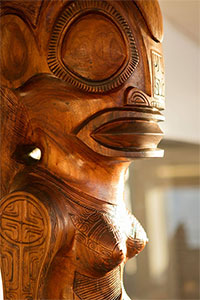 Although the Tikis were traditionally found near the marae (sacred places built in the open and paved with stones), during your stay in our islands, you can find them in different places.

Between culture, art and passion

Sculpting Tikis is an art that requires a lot of time and patience. Formerly cut only from stone, Tikis are now shaped with different materials: wood, bone, jade or coral. Of course, depending on the material, sometimes the techniques differ. But what undeniably unites the craftsmen is this passion for their culture and this desire to engrave it forever.

Each Tiki has its own meaning. There are Tikis representing power, knowledge, wisdom, prosperity and many other strong concepts. 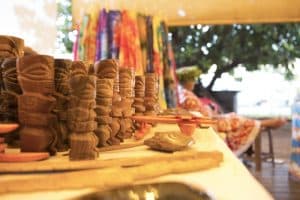 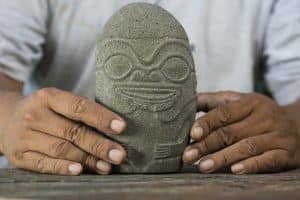 In addition to inspiring sculptors, nowadays Tikis are also very often represented in the art of tattooing. Sculpting and tattooing Tikis are both rigorous arts. There are also small Tikis, usually made of wood or stone, for travelers wishing to leave with a souvenir of our islands. In addition to these statuettes, there are bone or coral pendants representing Tikis. Many Polynesians consider these jewels a lucky charm.

The significance of Tikis nowadays

The Tiki has preserved this spiritual and mystical value and the privileged place it was granted in the past. It still occupies an important position in society, especially in the Marquesas. Even today, a Tiki evokes the respect of Polynesians. It is considered that a Tiki placed outside a house protects people and keeps bad energies away. Even though it is considered a guardian, a large part of the local population thinks that it should not be harmed. It is said that each Tiki has its personality, and that it can be benevolent for some, but also harmful to those who harm.

Beyond these ancestral beliefs, the Tiki is a key element of this very rich Polynesian culture. Discover French Polynesia, its inhabitants, their traditions and the myths and legends that are part of their lives … Tahiti and her islands still have many treasures that have survived the ages, and so many beautiful things to share. 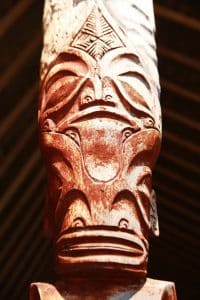 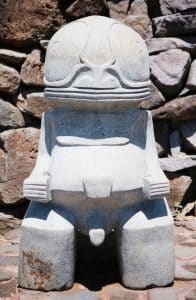 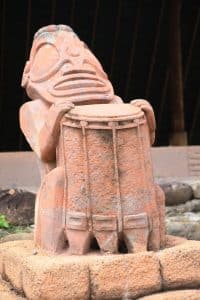 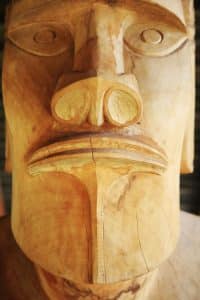 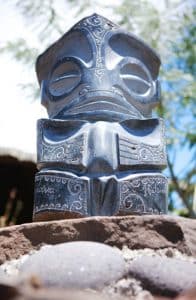 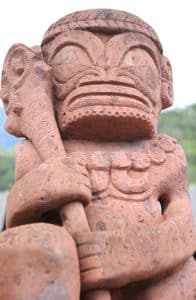