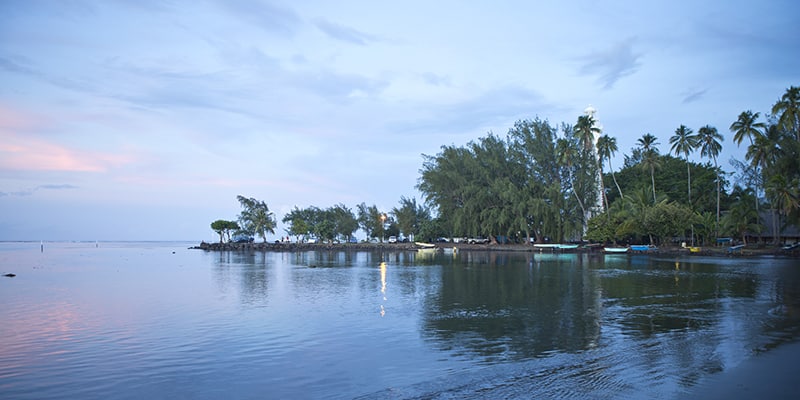 The Point Venus and its lighthouse

The Point Venus and its lighthouse

Moana Voyages offers you to discover a capital place of French Polynesia’s history, which embodies the perfect symbiosis between Europe and Polynesia. Nowadays considered as a “must see”, an attraction not to be missed in Tahiti, we are referring to the point venus and its lightouse of course. Surrounded by a beach of black sand, it happens to be the northernmost place of Tahiti. Venus Point owes its name to Captain James Cook, who originally  came there to watch the transit of venus across the sun in 1769.

A place filled with history

In 1867, Captain Wallis arrives in Tahiti aboard the “Dolphin” and accosts in Matavai’s Bay after having navigating fort more than 5 months across the Pacific.

Before accosting in Matavai’s Bay, where Point Venus is located, the Dolphin had sailed along the tahitian shores and had encountered several bays, favourable to landing. 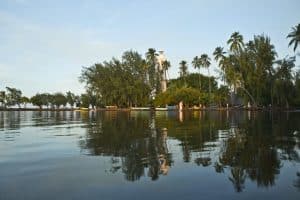 Why did he choose Matavai’s Bay then?

During his journey around Tahiti, Captain Samuel Wallis had tried to accost in a lot of Tahitian bays:he first opted out for the South of the island, towards Mataiea, Papeari and Taravao and then chose the East coast, near Mahaena.

Nevertheless, he coul not berth as hundreds of outrigger canoes surrounded its ship. Captain thus chose not to take any risk and gave up , facing such a hostile environment.

But after have turning back several times, the crew became exhausted and started lacking provisions and drinking water, which is why they took the decision to accost at the next stop, whatever happens.

As they arrived  in Matavai’s Bay, which was perhaps one of the most picturesque bays they had seen, they chose to berth there.

Unfortunately, as they were heading to this famous Matavai Bay, the captain’s vessel hit a rock and they came to a standstill. Hundreds of canoes surrounded them with one goal in mind: destroying the ship. Fortunately for the captain, a serendipitous breeze blew and enabled the vessel to get off the rock and find another place where to accost. Since then, this coral bank is known as “The Dolphin’s bank” in memory of the Dolphin’s stranding. 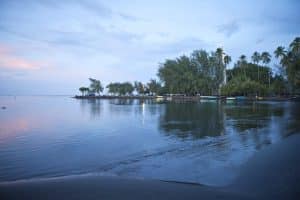 Wallis’ arrival in the Matavai Bay marks the beginning of a series of events:

This lightouse remains the only one of Tahiti. Generally known as “Teara o Tahiti” in reo maohi, this square tower of 8 floors and 25 meters high, was edified of rubble stone and corals by Thomas Stevenson helped by masons coming from Mangareva.

For the little story, during the Second World War, Mahina’s citizens (the city where the lighthouse is located) painted coconut trees on their lighthouse in order to hide it and prevent the Japanese fleet from landing in Tahiti.

Fun fact, the lighthouse was so well hidden that even the guardian could not find when he had been drinking. Thus, he used to climb on coconut trees thinking that he was taking the stairs of the lighthouse.

After having been forsaken for about 50 years because of Papeete’s harbour development, the Point Venus regained popularity with foreigners and now attracts more and more tourists every year.

Today, the Point Venus lighthouse still operates and  testifies of the evolution of the Pacific history. It is also used for aerial navigation as  lenses for aerial clusters were added.

Point Venus, with its large beach of black sand, her emerald water, her mythical lighthouse and a long and a great history turns out to be a charming place, which you shall not miss during your trip. It is perfect for every kind of tourism, may you be keen on culture, sports or leisure.

Point Venus is the symbol of the encounter of Europeans and Polynesians, a place where you can wander, take a bath, surf or learn about Polynesian history.