Music, an essential part of our everyday life !

Since our childchool, we are used to listening to drums and ukulele. I cannot remember entering my house without instrumentals ringing out from our old radio station, the whole space was filled with Polynesian songs. But even though we are keen on local music in the midst of the family, we welcome diversity with open arms. Thus, it is quite common to hear reggae sounds, old French songs, Hawaiian ballads or even pop music in the streets. Polynesia is in looove with music and the latter seems to love her back. Deeply rooted in local habits and part of our everyday life, it turns out to be a real means of communication, as it is used first and foremost to convey a message. Should the rhythm be swinging and the beat jerky, lyrics often tackle recurring themes such as the love of our traditions and culture, our attachment to our roots and land or simply the ups and downs of life.

We made a selection of famous Polynesian singers who moved us and whose masterpiece remain remarkable nowadays. Whether they are songwriters, composers or performers, these people made a lasting impression on our generation and several covers are made out of their original songs.

Angelo, the basis of Tahitian music

Singer, guitar player, songwriter and even composer, Angelo was born in 1959 in Raiatea, within the Society archipelago. At the age of eight, he is already familiar with the music industry as he is used to participate to singing contests of which he often emerges as the winner. Nowadays, he remains quite popular and particularly appreciated among the Tahitian community, he owns an impressive repertoire. He released his first album in 1984, at the age of 25 and writes and composes most of the songs he perfomrs. Besides, if he deals with various themes, he mainly focuses on love, brotherhood, the protection of our fenua and of the environment in general. All in all, he released more than two hundred songs coming from sixteen solo albums and four in duet. 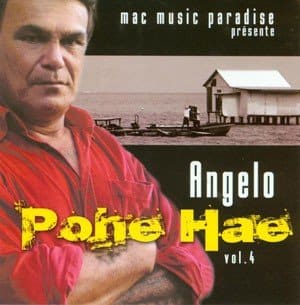 Born in 1971 in Papeete, Tapuarii Laughlin, called Tapu, was raised in a family of musicians. Growing up in a family of four chilldren, he quickly entered the musical universe. He owes his interest in the matter to both his mother and uncle, the famous Gabilou. Years later, he became a producer as wella s a songwriter, a composer and a singer. Thus, if you have ever been to French polynesia, you must have heard about these songs : Tapa’o no te here (2001), Noël Noël (2001), Je te promets (2008) or Close your eyes Tahiti (2018), which he sang with his sister Grace. 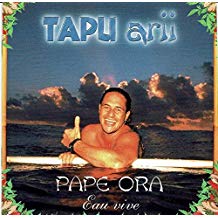 Born in 1978 in Papeete, Sabrina Laughlin starts her career in her brother’s shadow, while he is already well-known from the Polynesian audience. She starts composing at the age of seventeen and encounters a tremendous success, quite early. She partly owes her fame to her brother who passed on his passion and knowledge. She was put in the lime light of the Tahitian stage and some of her songs are now an integral part of the local repertoire, such as Ta musique est douce (2012), Terehe (2014), T21 (2014) or even Tu’e Popo (2013) which was the official music of the 2013 Fifa Beach Soccer World Cup Tahiti. 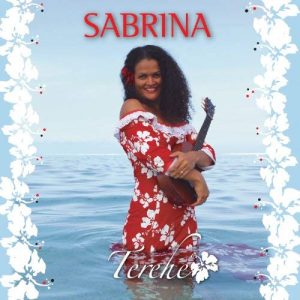 And because the saying « everything comes in threes » has never been sot rue, let’s talk about Grace Laughlin. Singer, songwriter and composer, the youngest child seems to have some great years ahead of her. Unlike her eldest, she waited a couple of years before entering the music industry and released her first single « Tupa’i Tupa’i » in 2016. 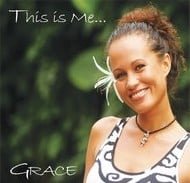 At the age of 28 years old only, Eto TEISSIER is an eco management professor in one of the high schools of Tahiti when he suddenly feels another vocation for singing. Music runs through his veins. As he was raised in a typical Tahitian family, he draws his inspiration from his childhood and created his own musical style, based on guitars, bass, slides and ukulele. Nowadays, he is the singer, songwriter and composer of his songs. Performing mainly in bars and hotels, he quickly became famous in Polynesia and even in French metropolis. He participated twice to the Guitar festival of which he always emerged as the winner. French TV channel M6 heard about him and induced him to participate to the national TV show « La Nouvelle Star ». He performed a Luis Mariano cover of « Rossignol de mes Amours and even seduced the jury members with his own « To ‘oe parataito » (Your Paradise).  He came back to Tahiti filled with joy, glad to have had the opportunity to represent Polynesia. If you are willing to discover this artist, we highly advise you to listen to To ‘oe Parataito (2017) and Natura (2017).

At the age of 34, Teha KAIMUKO is the leader of the raising group Verua. Born in a Marquesan family of four children, he has always loved music. When he was just a boy, he would participate to contests but remained unnoticed. Disappointed of his failures, he gave up and took refuge in sports. He is what we can call a self-taught man as he got interested in heavy metal and started to learn how to play guitar on his own with some friends of his. He practiced during family gatherings, simply by observing people playing. Nowadays, he has been working in a shop specialized in music instruments for twelve years but decided to seriously work in his music in 2008. Quickly, he succeeded in putting up a team together with some old friends (a pianist, a drummer, a solo guitarist and a bass player). On stage, Verua mainly plays covers and combines several musical styles, whether it is pop/rock, local style or reggae. In order to satisfy a large audience, they sing in Tahitian, French, Paumotu, Marquesan, English and even in Spanish. Nevertheless, their compositions also turn out to be succesful, namely Honoipo (2016) or de Te Matagi (2017). 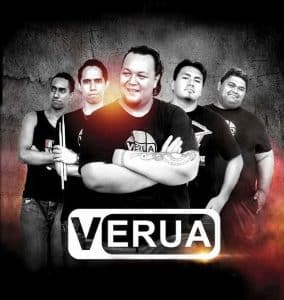 Of course, we cannot write about all the talended people in Polynesia but we wanted to make sure to award some honorable mentions to these artists. To name but a few Gabilou, late Barthélémy, Laurent Degache, Teiva LC or the  Marua’o group, which all contribute to represent Polynesia.