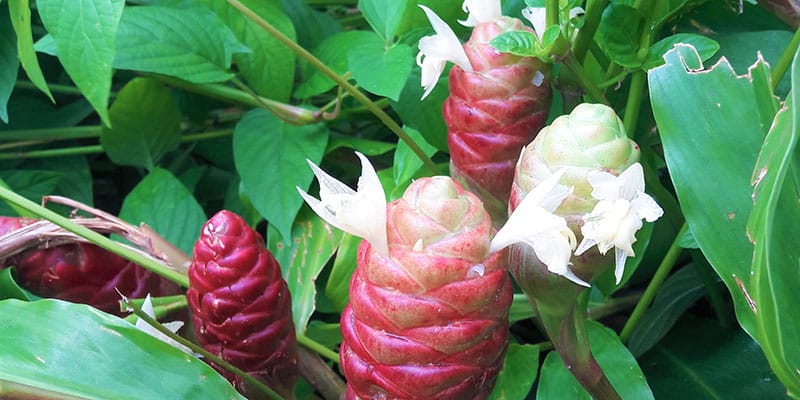 Archetypal symbol of femininity, hair happen to have an essential role in the Polynesian culture. Whether it is long, silky, thick, sleek or popine, we usually let it down during traditional dancing shows in order to exacerbate the body sensuality and intensify hip moves. Thus, taking care of our hair is part of our daily routine here, in the islands.

And, because we are worth it, the best is yet to privilege naturalness. Deep down in the valleys, where the climate is soft and humid, are to be found some nice tropical flowers which resemble exotic torches. It is one of the best kept beauty secrets of Polynesian women and today you will get a glimpse of it… 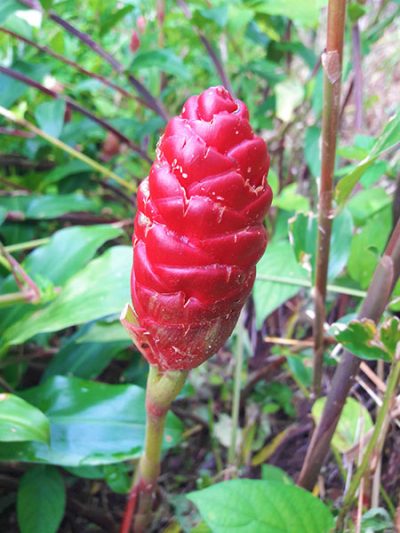 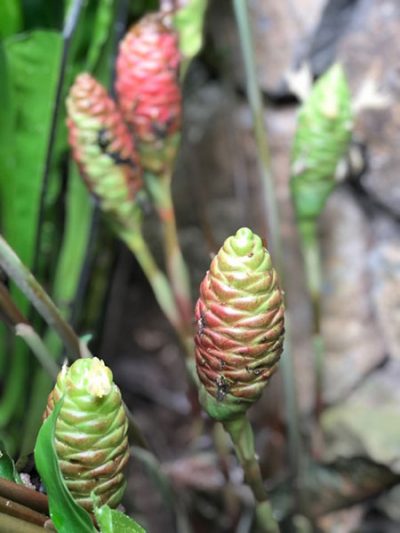 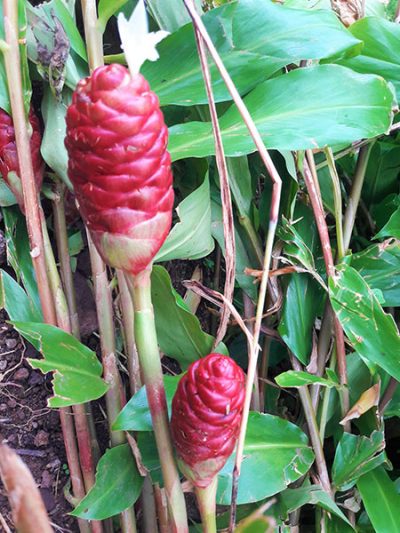 Of the zingiberaceae family ( a ginger cousin), the zingiber zerumbet, as we usually call it in the botanic field, is a herbaceous plant native from Asia.

In French metropolis, it is known as the wild amomum, the zerumbet or the Oceanian ginger. Beautiful ornamental plant, its leafy stem can reach up to 1.2m, impossible to miss it.
To be honest, its tiny white flowers are of little interest. However, its greeny bracts turn crimson red as it grows, which is not unsightly and turns out to have quite a few properties. Due to its original shape, the plant is nicknamed “ginger cone pine”.

Once cut off and gathered in a bouquet, the inflorescences happen to be quite heavy and soaked as they carry a liquid. But let’s keep the suspense for a while… They make fragrant the room with a slight smell of ginger. 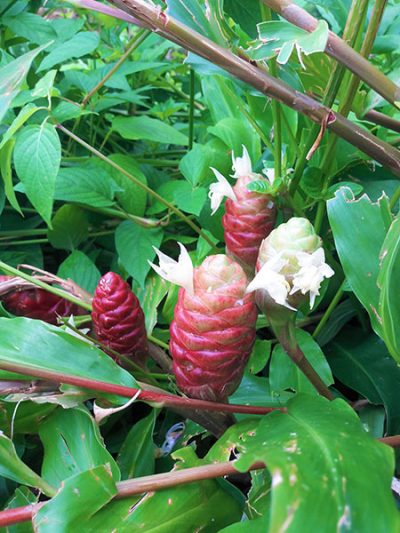 Polynesia enjoys a lot of assets: we take advantage of its luxuriant nature, its exuberant flora and its biodiversity every day. Don’t they say that we should use all means available?
If you plan to go for a hike in Tahiti or to participate to the next season of Survivor, perhaps my article will be of great help… During the Austral summer, when it is quite rainy, you stand a good chance of encountering some re’a moeruru as you follow the path, in a humid and shady area. Just wait until your reach the closest pond or waterfall and press the flower between your fingers until a clear and viscous liquid starts to flow out and then apply the gel. Clean, soft, silky and glossy, your hair will be revigorated.

Obviously, we are not all lucky enough to live on the mountain but remember this, the Tahitian torch can be used the spot or taken away! You can keep the plant in a plastic bag and put it in your refrigerator in order to preserve the precious sap in its rhizomes. Come on, it’s way more stylish to extract its shampoo from a flower than a plastic bottle…

Exported to Hawaii by the very first Polynesian navigators who arrived on their traditional outriggers and settled there, the re’a moeruru is known by our American homologue as awapuhi or wild ginger. Now if this plant is not really popular around the world, a great company undertook to make the most of its natural virtues and conceived a whole range of shampoos and conditioners.

Indeed, the plant is said to improve the overall aspect of your hair, make it softer and glossy while soothing your scalp and preventing the color from fading away. 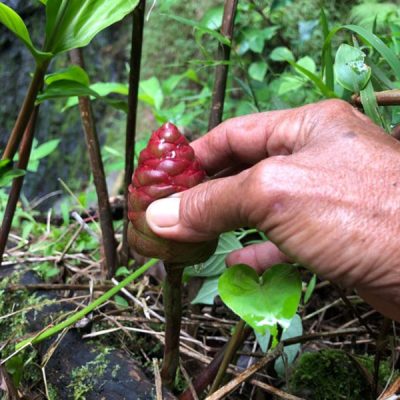 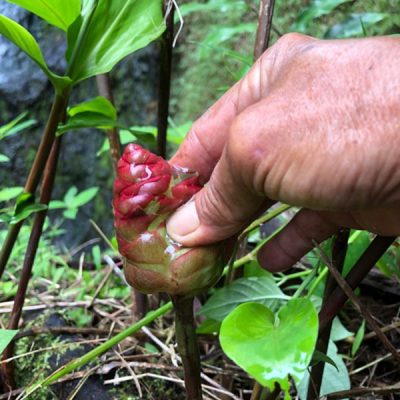 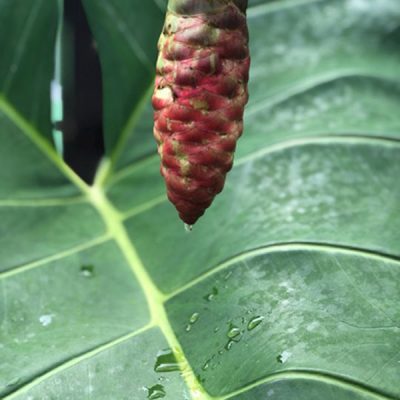 You thought we were already done? Absolutely not… The zerumbet has plenty others virtues.
Its leaves and stems are used as spices so as to enhance the taste of pork and fish namely.

Traditionally, we are used to crush the roots with a pestle and to mix it with noni juice to produce a cataplasm intended to relieve inflammations.

As an infusion, the plant contributes to improve blood pressure, regulate intestinal transit and is especially indicated in case of an indigestion.

Once they are cooked, the roots can be directly applied on a cavity to stop the pain.

Eventually, in the Hawaiian tradition, people used to make a powder out of the roots and to sprinkle in on their clothes to cover it with a natural fragrance.

Far away from the famous shower gel commercial, the vahine always chooses naturalness and authenticity.