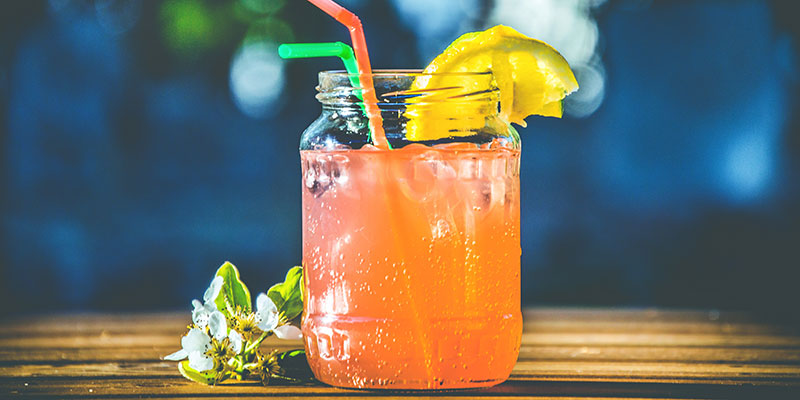 The Maita’i: the Tahitian punch

“We pillage, we plunder, we rifle, and loot
Drink up, me ‘earties, yo ho”

Ti-punch, planter’s punch, Cuba Libre, the West Indies have progressively made the rum-based cocktail their own specialty. Skilled rum producers, the reputation of the Caribbean islands is well-established and they never miss the occasion of highlighting their production. Fond of cane sugar-flavoured eau de vie, pirates nowadays still contribute to promote the beverage over the seas. Thus, in Cuba, Porto Rico, Basse Terre, Jamaica, Martinique, St Martin or Barbados, the punch recipe is passed on from generation to generation.

If the drink is fundamentally rooted in the West Indian culture, the punch remains an institution within the Polynesian triangle. Admit it, you have already pictured yourself leaning on the tiki bar of a five-star resort by the beach or even wearing a Hawaiian shirt, starring at the sunset with a glass in your hand… Conveyed by the pop culture, this myth is more than real… 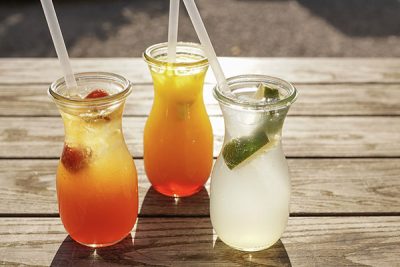 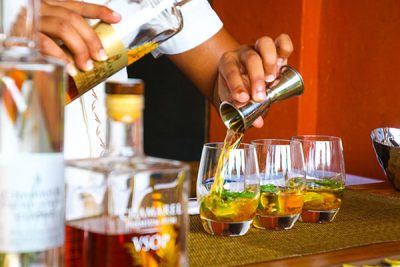 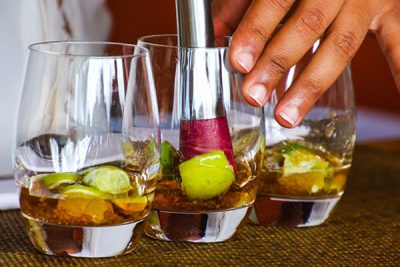 The West Indies certainly do not have the monopoly of the punch, besides the Maitai, one of the most famous rum-based cocktails of the world was named after the reo maohi word “maita’i”, which means “good/fine”. To be quite honest, the mixture was conceived by a Californian in 1944. Real aficionado of the tiki culture, Victor Bergeron, called “trader Vic”, the eponymous managing director of the exotic restaurant chain, improvised a blend based on Jamaican rum, lime and almond flavouring essence which he proposed to two of his Tahitian friends within his establishment. After tasting, one of them said “maita’i roa ae” and this is how the Maitai was born.

The beverage then became popular thanks to the rise of the tiki spirit in the pop culture. Since the 1950’s, Polynesia and Hawaii especially are in the limelight of Hollywood. The after-war era, the myth of the beautiful, lonely and coy vahine and the postcard landscapes may have something to do with it…

Thus, in the collective imagination, Polynesia remains a remote paradise and, even though the scenery appears to be the protagonist of the blockbusters shot on site, the Maitai turns out to be an extra with great presence on the screen… Still active, the cocktail already have a great filmography: you may have seen him in Blue Hawaii by the side of Elvis Presley, in Pearl Harbor playing opposite Ben Affleck, in cahoots with George Clooney in the Descendants or even nestled in the hand of Mila Kunis in Forgetting Sarah Marshall…

If you ever come to Tahiti, it is a must-try, probably one of the first things you will be given upon arrival, right after a flower lei. Refreshing and fruity, the punch is perfect for every occasion but it is even more delightful at the end of the day, facing the sunset, during happy hour, a slight breeze in your hair, gazing at the ocean.

Well, if you do not have it all, you can still gather the following elements, watch one of these movies and pretend you are there.

And if you plan to visit, be sure it is always more pleasant to go through our packages while drinking a tasty cocktail, it will give you a glimpse of your vacation.

Take your shaker, it’s time to shake it like Tom Cruise…

You may want to yield to temptation but the Tahitian punch is always better the following day, served fresh! Feel free to send us the pictures of your homemade cocktails…