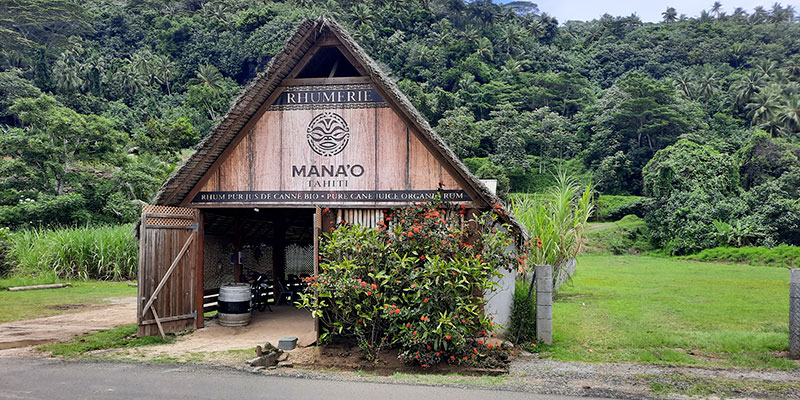 The Story of the Mana’o Rum

In Polynesia, we excel at making (and sipping) Maita’i but we cannot say much about the manufacturing of artisanal rum. Mana’o was created from this observation.
Unlike the Caribbeans, the sugar cane is not really popular in our islands and there was no company which could boast about producing a quality rum.

A comprehensive and highly considered Project

Mana’o Tahiti is the ambitious project of a group of wine and spirit lovers. During six years, they endeavored to find and list the different sugar cane varieties in order to rehabilitate its cultivation from scratch. Progressively, they succeeded in creating a brand which resembles them and values the source material. Besides, in reo Tahiti, Mana’o means « thinking/remembering something », just like a reminiscence of the local sugar cane’s hegemony. 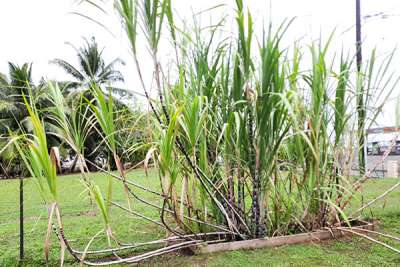 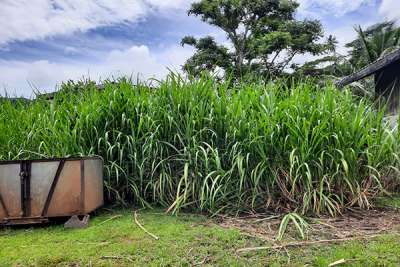 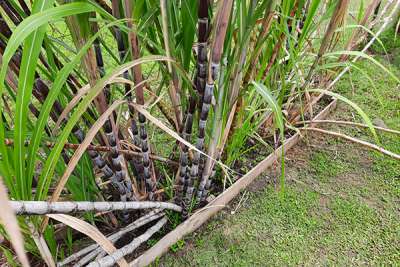 History of the Sugar Cane

Only a few people know about it but the sugar cane originally comes from the Pacific area. Imported by our ancestors aboard traditional outrigger canoes around the year 300 P.D., several species easily acclimatized to our islands. The Maohi people appreciated its sweet taste and use dit as a ra’au Tahiti namely.

However, it is only eighteenth century that the world discovered the cane. Louis-Antoine de Bougainville and James Cook discovered the plant during their expeditions and decided to implant it on every continent.
Thus, even though you may instantly think of the Caribeeans as we speak about sugar canes, the very first variety implanted there comes from Polynesia, it is known under the name of Otahiti. It was once said to be the best of the world; in the nineteenth century, people would plant it everywhere before it got replaced by hybrid varieties.

Thanks to a constant exposure to the sun and our tropical climate, our canes found their way through the centuries. Nowadays, you can still find a few on the heights of Tahiti or in the valleys of Taha’a.
As for the Mana’o canes, they were planted on the Toahotu plateau, on the Tahitian peninsula. Far away from intensive farming, the fields turn out to be totally organic. However, most of them are now to be found by the valley of Tiva, on the West coast of Taha’a, the vanilla island. 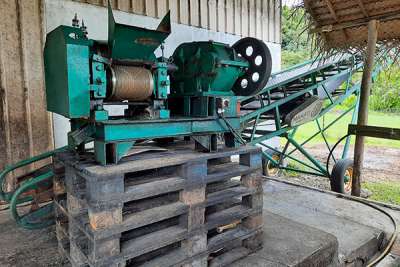 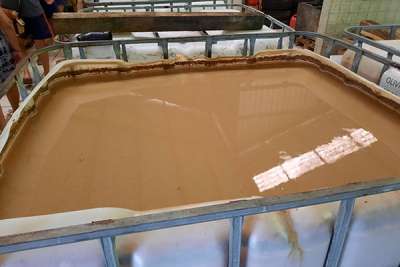 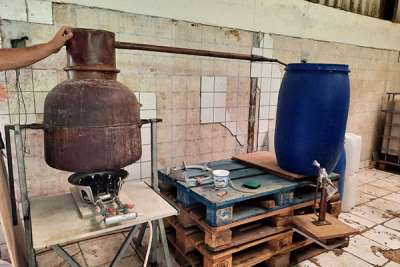 The team was lucky enough to count on Avatea. Located in the city of Paea, on the island of Tahiti, the company agreed to share its know-how and discontinuous pot still.
First of all, the canes must be harvested by hand, in the cool of early dawn, in order to be directly transferred to the mill.

Then, they are selected, cut and crushed in a single operation. The filtered juice is stocked in a fermentation vat.

Then comes the fermentation phase. We pour organic yeast into the cane juice so that sugar can turn into alcohol. The idea is to transform a 15% sugar content juice into an 8° cane wine. To do so, it is essential to take a few parameters into account as the fermentation process can take longer in December for instance, when it is hot and canes are very sweet. The heat prevents the yeast from working correctly and it takes about a week to complete this step while it usually takes three to four days.
The tuns are then sent to Tahiti by schooner to be distilled in a discontinuous pot still. Nevertheless, when they feel like experimenting, the wine is directly distilled in Taha’a, in a traditional Holstein pot still.
Water vapor is added to the bottom of the distillation column as we pour the fermented juice from the top. As the vapor goes up, the alcohol evaporates.

With this type of pot still, we obtain a 25° alcohol, which is why it is necessary to repeat the process a couple of times to obtain enough volume we will distill a second time, until we reach 70°.
The distillery of Tahiti features a more sophisticated still, which contains five heads. There, the alcohol goes up the second head, re-condenses and goes back to the first head where it evaporates again as water accumulates at the bottom. Once the process is done, it is as though the juice had been distilled five times. Straight from the still, the alcohol comes close to 89°.

This distillate is then sent to Rangiroa where it will slowly ages in oak barrels in order to preserve all the aromas. After about three months, a nice smell surrounds the casks but the rum remains at 89°. Therefore, we shall emulsify the mixture again by adding a little bit of water every day until we reach 65°. Nine months to a year later, we finally have the famous amber rum. This process may take a long time but it gives the brand its special woody taste. 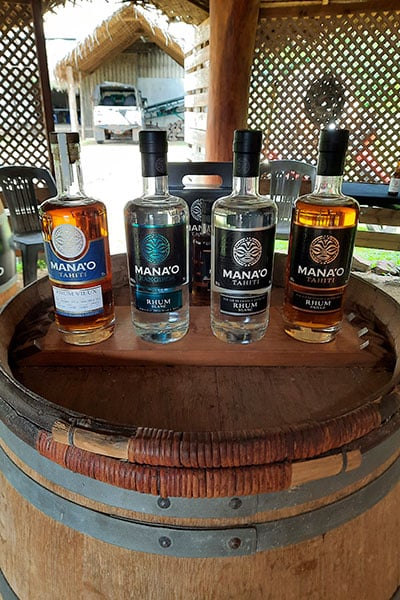 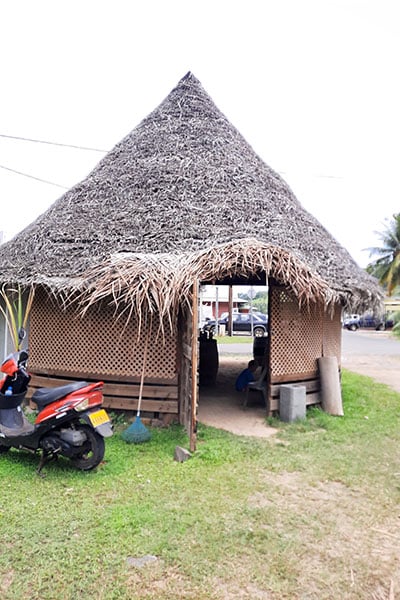 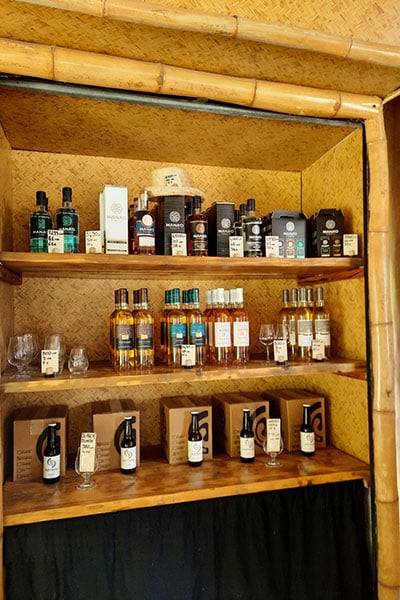 Nowadays, Mana’o harvests several varieties of sugar cane on a few patches at different stages of the year, and stores its rum in various types of barrels. This diversity explains how they can extend their range of products: from the traditional 50° white rum, that of Rangiroa, to the 43° amber one. If you already have the opportunity to hear this story by booking a tour of Taha’a, you will soon be able to take a look at the whole process on your own, as the brand plans to establish its distillery on the vanilla island soon.