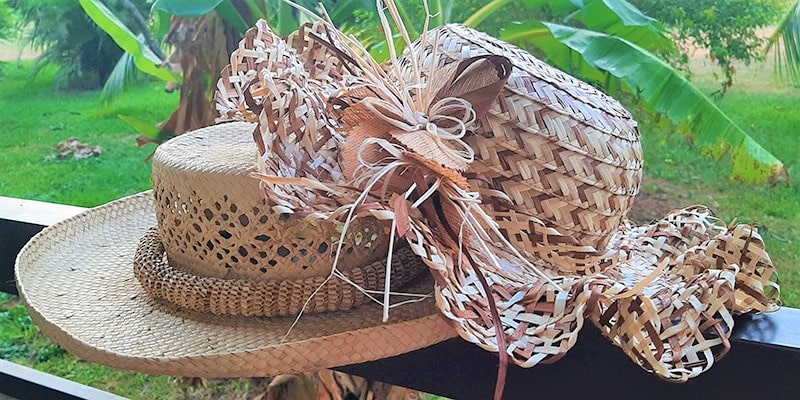 Traditional Weaving : How to Make a Pae’ore Headdress

Lounging around on a pē’ue in sunlight, proudly sporting your cute pandanus basket while wandering through the aisles of the market, walking down the streets of Papeete with your brand new hat, made in Rurutu, and fanning yourself with your coconut fibers weave… Weaving is not just about technique and manual skills, it is an art, a know-how passed along from generation to generation.
Deeply rooted in the Polynesian identity, it is part of our daily life. We are so used to see it, we do not even realize how precious a gift it is. Yet some māmā strive to value this craftsmanship, to make the most of their dexterity to keep this fundamental part of culture.

Even though we have implemented other tools, weaving is not obsolete. Timeless, it has become the flavor of the month and enjoys a tremendous success nowadays among dance aficionados.

Weaving, the bound between today and the elder days:

Weaving, tying, looping, knotting is like maintaining the link between past and present. Within living memory, Polynesian people have always used weaving, take the very first migratory flows of the South-East Asian people… People tend to forget it but the Polynesian people became populated thanks to nape, weaved pandanus sails and nī’au baskets namely, which were used to carry the goods. Weaving is so much more than just a hobby, it is a cultural heritage which testifies of the former glory of ancestors.

Besides, it demonstrates the ingenuity of the Maohi who took advantage of the prolific nature. They used all available means: stems, veins, leaves, barks, lianas and fruits, nothing is left apart.

Navigation, housing, fishing; using natural fibers compensated the inaccessibility to modern resources continents had been given access to a long time ago. Pandanus and coir alleviated the lack of screws and nails inherent in the insularity of Polynesia.

Thus, new tools, which turned out to be less time-consuming and tedious progressively replaced this  tangle of natural materials over the years. Yet, ropes still have a leading role in the fishing industry and weaving is often used to create mats. Craftsmanship is recognized for what it is and is celebrated every year through a great showcase, known under the name of Heiva Rima’i which gathers all artists from the five archipelagos on July. 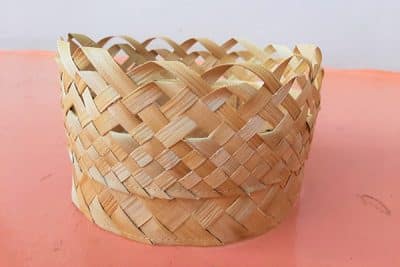 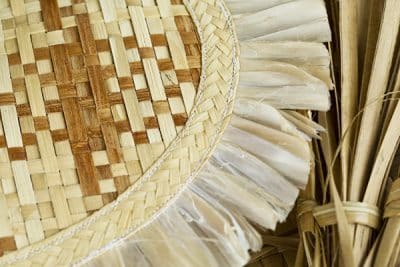 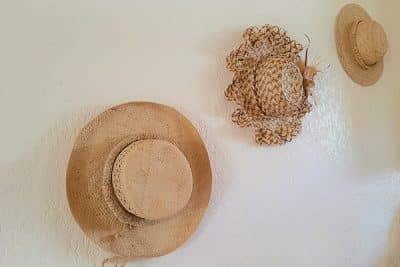 As you may already know, Polynesian weaving relies on the braiding of plant varieties abounding in our islands. However, you may not be aware of the fact that in former times people often resorted to materials of animal origin, such as fur, feathers and hair… Captain Cook and missionary William Ellis both referred to tā’amu, these crowns made out of hair and flowers.

If the majority of the elements were endemic to our islands, like the coconut tree, other materials were imported during the several migrations, such as the pandanus, the bamboo or the reed (‘a’eho). 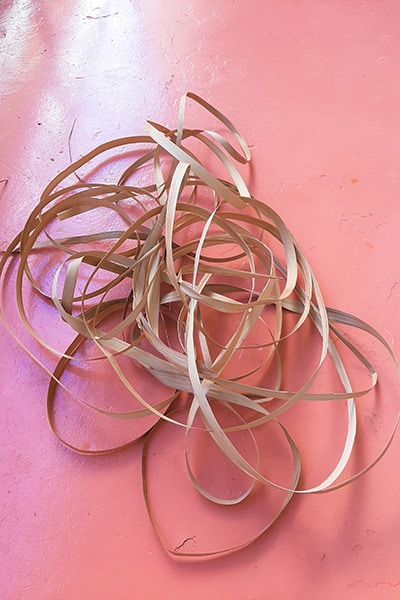 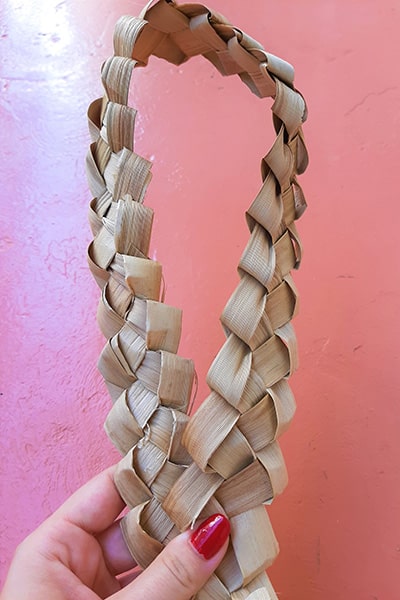 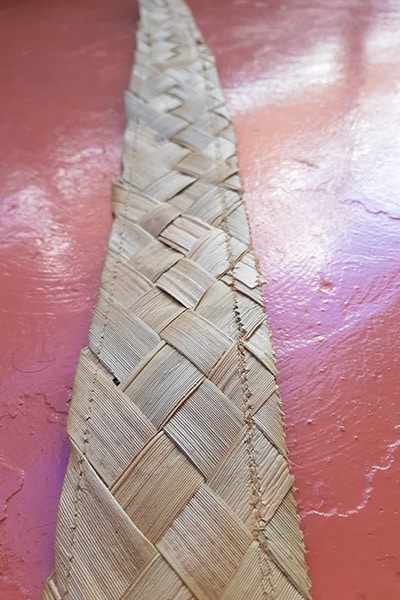 The raufara tarai, the making process of pae’ore in the Austral archipelago:

Before becoming refined handmade creations, raw materials are strained: soaked, dipped, bathed, soothed, beaten, none of it is spared!

Well, let’s see how to craft pandanus in order to transform it into a pae’ore roll, essential element of our daily life, whether it is for ori Tahiti or housing matters.
Essential material of weaving, the pandanus is often to be found by the sea. Although quite a few species exist, only two are reputed in our islands: the tectorius, often referred to as fara, and the levis, called pae’ore. The plant happens to like clay, sandy, almost coral made soils and grows in both arid and swampy grounds.
Thus, the fara pē’ue is mainly used to weave mats whereas the pae’ore is especially devoted to the creation of hats and baskets. All in all, pandanus leaves are used to make the roofing of traditional housings, it is what we call rauoro.

Even though it grows all year round, the pae’ore is cut every two months. The leaves, of about 1m to 1,5m, are cut from the basis with a machete and the tips are tied up to create a huge plant curtain. This technique helps spreading out the hundreds of leaves outdoor so that it goes brown under the sun after about a week. Afterwards, once morning dew evaporated, the leaves are displayed over the ground for a week, up to a month and a half, depending on the climate.

Once dried, the leaves are soothed lengthwise one by one with a help of a small knife or a piece of pūrau. The tips and thinnest sections are cut and the leaves are sorted out, according to their size, width and color before being coiled up two by two to create rolls called pipita which will later be sold around 1500 to 3000cfp per unit.

Even though this know-how has crossed the archipelagos, some islands are famous for their own specificities. Rurutu for instance is known for its whitened pae’ore, the raufara tunu.
Deprived of their veins, the leaves are coiled up and dipped in a pot filled with hot water, lemons , papaya tree leaves and… the not-so-local touch… Marseille soap !

The pūrau which was essentially used to make ropes is now dedicated to the creation of more, a part of the traditional dance outfit you can see every year on the To’ata stage.
The ‘ie ‘ie remains still plays a great role in weaving, the ro’a is used in stringing while the kere, the coconut fiber is now mainly exploited in its raw form to conceive dance costumes.
Eventually, the ‘autī enables us to create low-waisted skirts, leis and flower crowns. 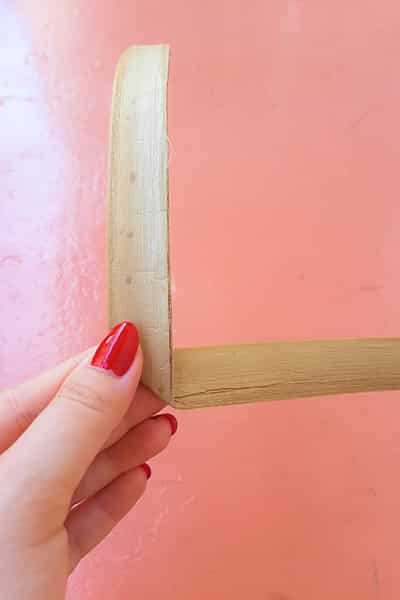 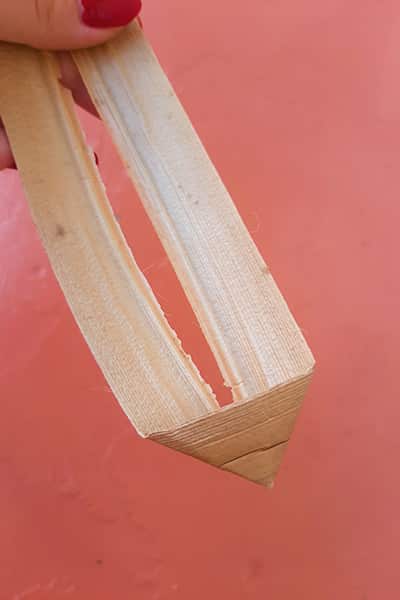 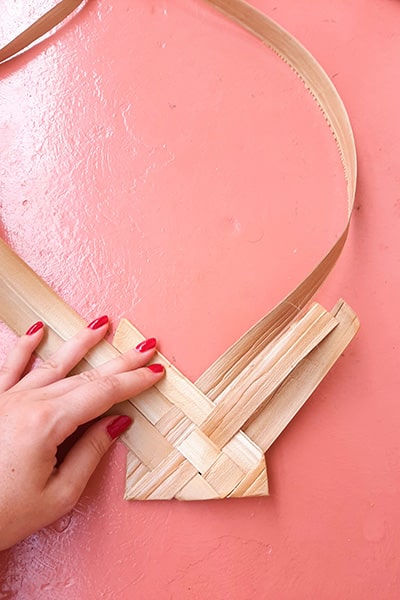 How to make a pae’ore headdress:

Now that you know everything about the pandanus, it is about time to translate the theory into practice and to use your fingertips… This pae’ore base will help you create a headdress or even a low-waisted belt if you feel like taking it to the next level. Feel free to add flowers and wear it whenever you want to.

All you need is a roll of dry pandanus leaves, which you can find in the market of Papeete or by asking the craftsmen of every island. 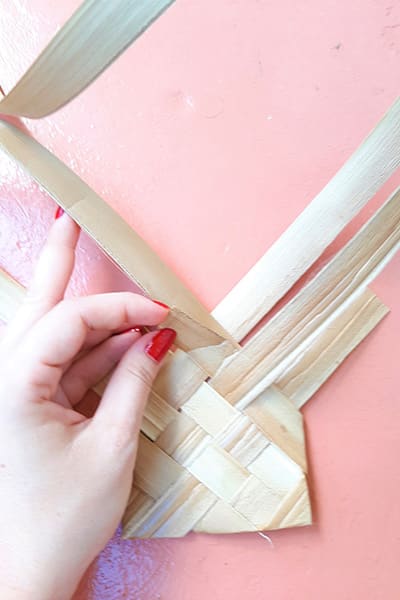 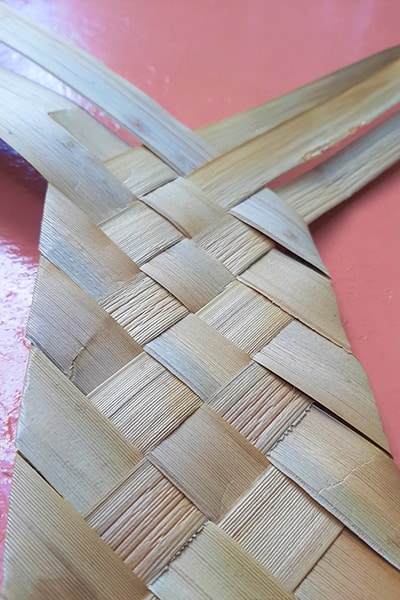 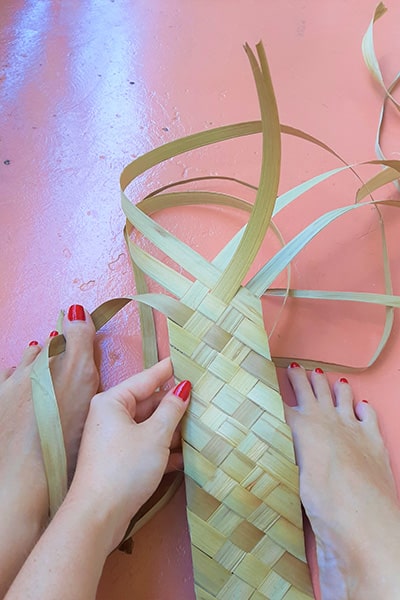 Wherever you are, it is possible to maintain this bound with Polynesia through weaving. Especially in this quarantine time, contribute to make our cultural patrimony live and let the sunshine in with your creations…